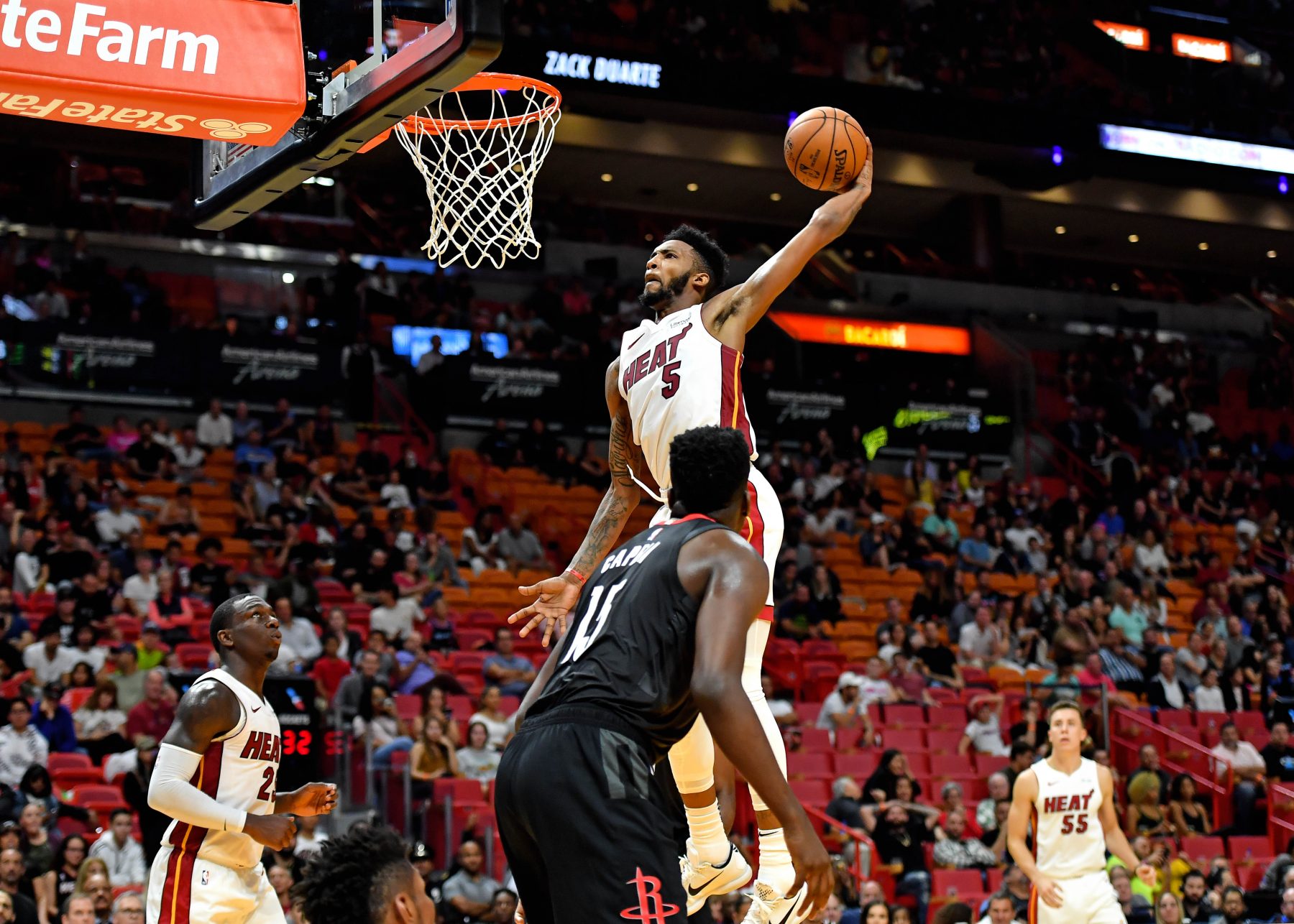 Miami Heat forward Derrick Jones Jr. will be participating in the 2020 Slam Dunk Contest as part of the next month’s All-Star Weekend.

Derrick Jones Jr will participate in the Slam Dunk Contest at All Star Weekend.

Jones is one of the league’s most exciting in-game dunkers. His career highlight reel consists of several high-flying exploits at the rim which have become a staple since he joined the Heat during the 2017-18 season.

He was a dunk contest participant in 2017 but lost to Glenn Robinson III in the final round. In 2019, Jones was reportedly going to participate in the contest but had to withdraw due to a knee injury.

This could be the year when Jones finally wins the event, but he will undoubtedly face stiff competition from the other participants.

Harold Miner (1995) was the first and last Heat player to win the Slam Dunk Contest.

The NBA All-Star Weekend will be held at United Center in Chicago from Feb. 14-16.