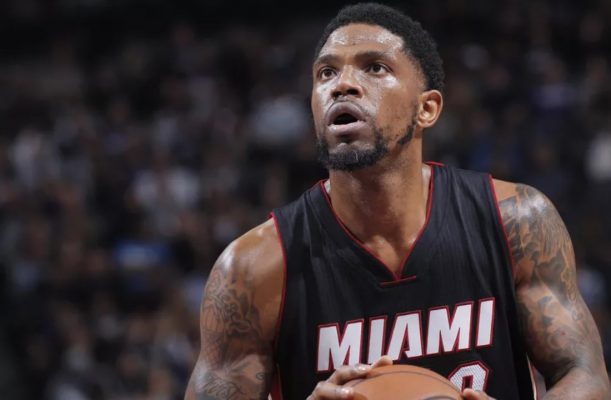 According to Shams Charania of The Athletic, big man Udonis Haslem will be returning to the Miami Heat for his 16th season on a one-year, veteran’s minimum deal.

Sources: Udonis Haslem reached agreement on a one-year, veteran’s minimum deal to return to the Miami Heat for his 16th NBA season.

Haslem was said to be leaning towards a return earlier last month; however, no deal had been finalized until today.

The Heat icon will likely not see the court much for the upcoming 2018-19 campaign, but his locker room presence and veteran leadership will serve to benefit the team both on and off the court.

With one available spot left on the team’s roster, the Heat will now focus their attention towards bringing back the best player in franchise history in Dwyane Wade.

It was last reported that Wade is “inclined” to play this season; however, there have also been reports of Heat team president Pat Riley being hesitant to offer the former Finals MVP the team’s $5.3 million luxury tax exception.
[xyz-ihs snippet=”HN-300×250-TextnImage”]