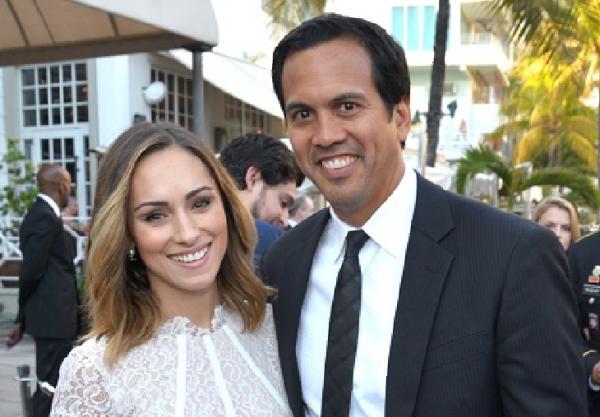 According to the Miami Heat, head coach Erik Spoelstra will not be available for today’s contest against the Indiana Pacers due to a huge life announcement.

That’s because Spoelstra and his wife, Nikki, are expecting the birth of their son today.

Miami HEAT Head Coach Erik Spoelstra has returned home to Miami in anticipation of the birth of his son. Assistant Coach Dan Craig will replace him on the bench today vs the Pacers.

Spoelstra’s wife had made the announcement of her pregnancy amid Spoelstra’s 47th birthday via Instagram.

Assistant coach Dan Craig will be taking over head coaching duties against the Pacers as the Heat look to bounce back from a loss against the Oklahoma City Thunder on Friday night.
[xyz-ihs snippet=”HN-300×250-TextnImage”]