Why Utah Jazz May Now Be Favorites in Gordon Hayward Sweepstakes 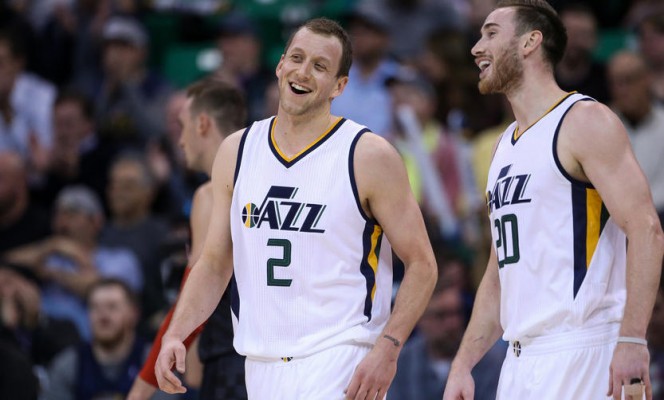 The Miami Heat have been in the running for small forward Gordon Hayward since NBA free agency began, and while they were once considered the favorites to sign Hayward, that seems to be changing. Hayward’s former team, the Utah Jazz, may now be in the best position to re-sign the fan favorite thanks to last week’s trade for former Minnesota Timberwolves point guard Ricky Rubio and the re-signing of Hayward’s former teammate and close friend Joe Ingles.

The Jazz were already considered the winners of the trade that sent Rubio to Utah for a 2018 first-round draft pick. However, that trade may be even more reason for celebration in Utah after ESPN’s Ramona Shelburne reported that the highly touted small forward has expressed a desire to play with Rubio in Salt Lake City.

For those reading tea leaves on Gordon Hayward, word is he told Jazz he wanted Rubio & would love to play w/ him

The Salt Lake City Tribune‘s Tony Jones added to the report, saying that the Jazz traded for Rubio specifically with Hayward in mind.

Continuing what Ramona Shelburne said, the Jazz 100 percent made the Ricky Rubio trade with Gordon Hayward in mind

Means Rubio will get easier looks for Hayward, Ingles, Hood, Johnson, Etc. And Rubio/Gobert PNR could be deadly

To make matters even better for Utah, the Jazz have re-signed shooting guard Joe Ingles to a four-year, $52 million extension. According to Jones, this may also play a role in re-signing Hayward.

“Ingles is also a close friend of star small forward Gordon Hayward,” Jones wrote. “The two share [Mark] Bartelstein as an agent and have forged a bond over the past few years.”

Many believed that Hayward’s Saturday meeting with the Heat was proof that the free agent was looking to continue his career in South Beach. After Ingles’ re-signing, and ESPN‘s Tim MacMahon’s report that Rubio was present during Hayward’s meeting with the Jazz on Monday, it seems clear that Hayward is still very open to returning to the team that drafted him back in 2010.
[xyz-ihs snippet=”Responsive-ImagenText”]