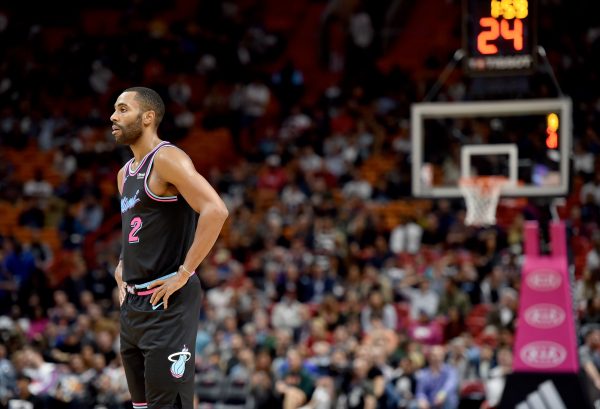 Miami Heat shooting guard Wayne Ellington hasn’t had much of an opportunity to get on the court during the team’s recent turnaround.

It has clearly become an elephant in the room, as the idea of Ellington requesting a trade has started to float around.

Wednesday, he was asked if that scenario was in the cards.

Asked if there could be a time he goes to Riley and Spoelstra and express that it's best Heat finds him a place where he could play, Ellington said this morning "anything is a possibility" and can't say yes or no to that yet. But said he has NOT done that at this point.

While Ellington hasn’t yet done so, requesting a trade might be in the best interest for both parties. The Heat are surging thanks to its current rotation, but Ellington certainly can contribute more than riding the bench. If there’s truly no room for him on this team, he could prove to be a valuable trade asset.

Ellington essentially dropped out of the Heat’s rotation over the past month. He was inactive for two games and also had six DNP-CDs in December.

This can’t sit well with the guard, who was a big part of the Miami rotation last season, as well as the first part of this season. Last year, he averaged 26.5 minutes per game. In his six December 2018 appearances, he averaged just 14.2 minutes.

With the trade deadline just over a month away, Ellington may soon be in another NBA uniform.
[xyz-ihs snippet=”HN-300×250-TextnImage”]