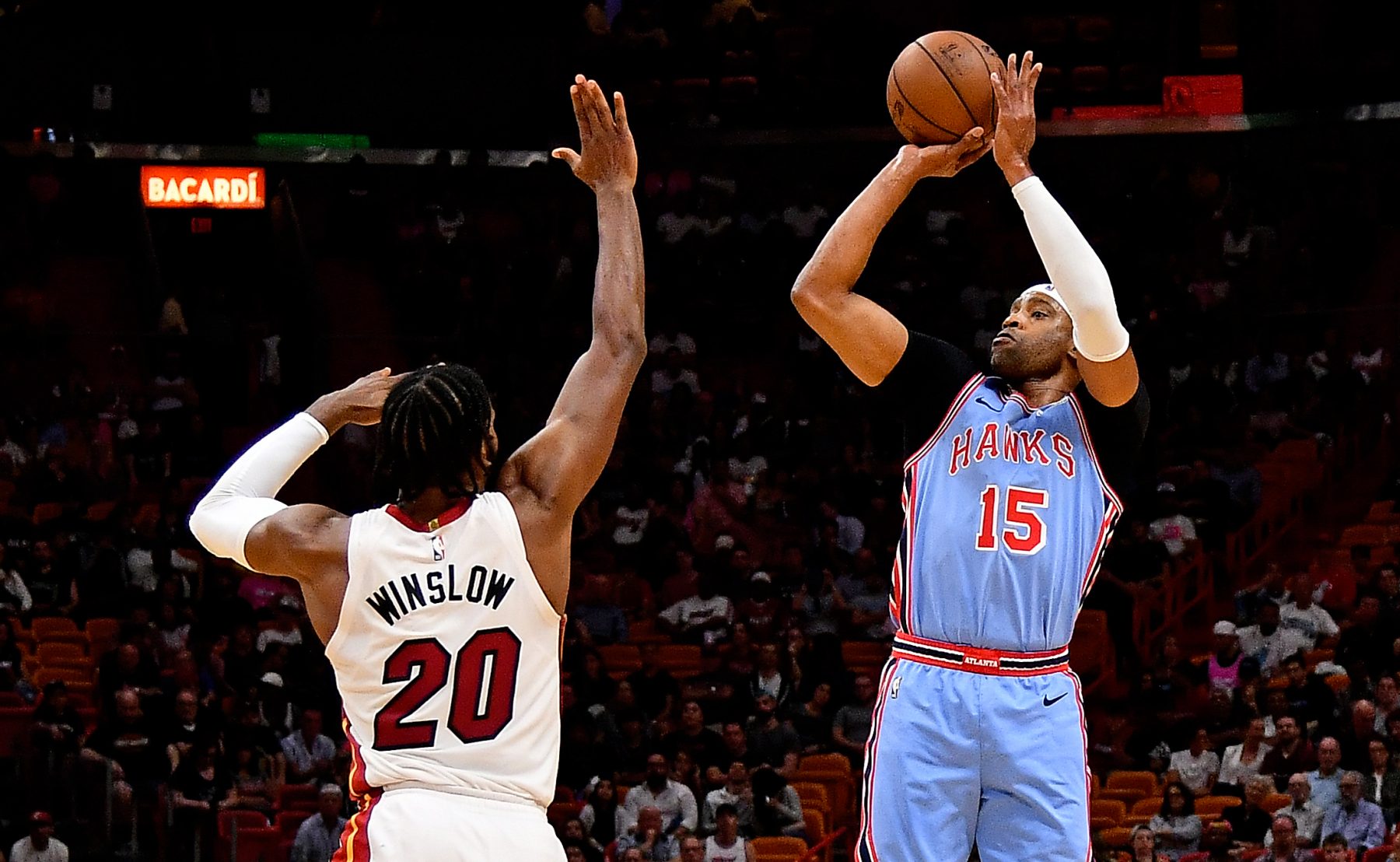 The retirement of Miami Heat guard Dwyane Wade left a huge hole on the team’s roster that had previously allowed his teammates to tap into the wisdom of a future Hall of Famer.

Vince Carter is one veteran free agent who could conceivably fit that role and is also someone who would consider the Heat as an option if mutual interest exists.

Barry Jackson of the Miami Herald noted the possibility of the Heat making a connection with Carter, who will be completing a 22-year career during the 2019-20 campaign:

“Impending free agent Vince Carter, 42, who announced he will play one more season, would consider the Heat in free agency if Miami is interested, we’re told. He averaged 7.4 points on 42 percent shooting last season.”

Those statistical numbers won’t match what Wade delivered, but Carter’s stature among his contemporaries hasn’t waned over the years. He turns 43 next January and has played for eight different teams during his first 21 seasons.

Last season, he wore the uniform of the rebuilding Atlanta Hawks and contributed the numbers Jackson had mentioned above. With a vast background when it comes to playing in the NBA, he can offer unique insight that may turn out to be invaluable for teammates.

Should Carter choose to sign with the Heat, the impact on the team’s payroll will be minimal. That’s because he would most likely accept the veteran’s minimum salary that he played for last season with the Hawks, which was what Wade did in his final year.

While the contribution of Carter on the court wouldn’t match those of his efforts in his prime, it would be nice to see him close out his legendary career in a Heat jersey.
[xyz-ihs snippet=”HN-300×250-TextnImage”]