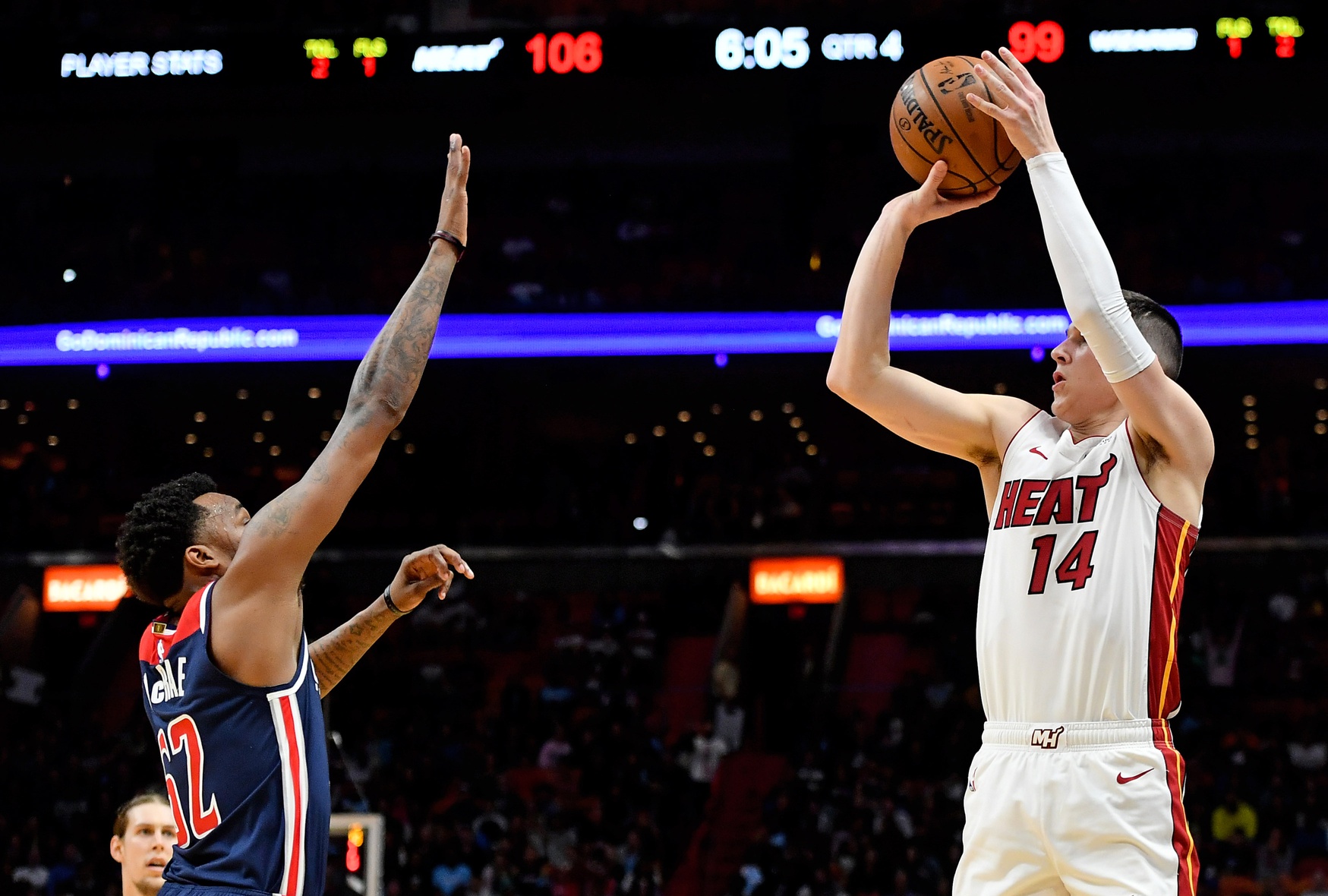 One of the best aspects of Miami Heat guard Tyler Herro’s game is his shooting. So far this season he is shooting nearly 40 percent from beyond the arc.

Based on how he’s been spending his time over the last few months, his numbers may soon be going up. According to a recent report, Herro has been watching tape on some of the best NBA shooters in recent memory to learn from their approach.

The rookie mentioned that since the NBA’s season stopped on March 11 due to the coronavirus pandemic, he’s had the chance to watch film on many different players.

Herro also mentioned that he was looking at something specifically from Thompson and Allen, two of the best shooters in NBA history.

“You know, Klay and Ray, they do the catch-and-shoot very well,” said Herro. “So that’s the thing that I pay attention to when I’m watching them. But every player that I watch, or the coaches have me watch, I can dissect something new or something different from their game to try to add it to mine.”

Allen and Thompson are definitely examples to follow and learn from as they are known for their elite shooting ability.

Allen is currently the NBA’s all-time leader in 3-pointers made with 2,973, while Thompson sits in 18th place on that list, with 1,798 3-pointers made.

It would be good to see Herro get in the gym with any of the players he mentioned sometime in the future so that he could pick their brains and take his game to a higher level.