Don't Miss
Home / Rumors / Report: Sources Reveal Where Dwyane Wade Is Most Likely to End Up If Bought Out

Report: Sources Reveal Where Dwyane Wade Is Most Likely to End Up If Bought Out 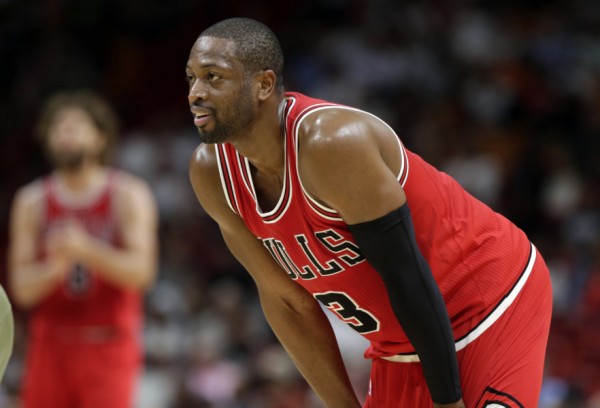 Now that the Chicago Bulls are firmly in a rebuilding stage, many have wondered if Dwyane Wade will seek a buyout on the second year of his current two-year, $47 million deal.

If Wade were to be granted a buyout, he would be able to sign with any team he desires. According to ESPN’s Jorge Sedano, the team he believes Wade would most likely choose as his landing spot would be the Miami Heat.

If Dwyane Wade is bought out, the Miami Heat are his "most likely option" says @SedanoESPN.

Interestingly, it has also recently been reported by ESPN‘s Marc Silverman that Wade enrolled his son and nephew in a South Florida school for this upcoming fall.

The Heat have worked tirelessly to become a force in the Eastern Conference once again. It would be fantastic to see the 14-year pro return to the team that saw him become a star and eventually win three NBA championships with.

Whether he returns as a player or as a member of the Heat front office, Wade would certainly be welcomed back to Miami with open arms.
[xyz-ihs snippet=”HN-Native-EndofArticle”]