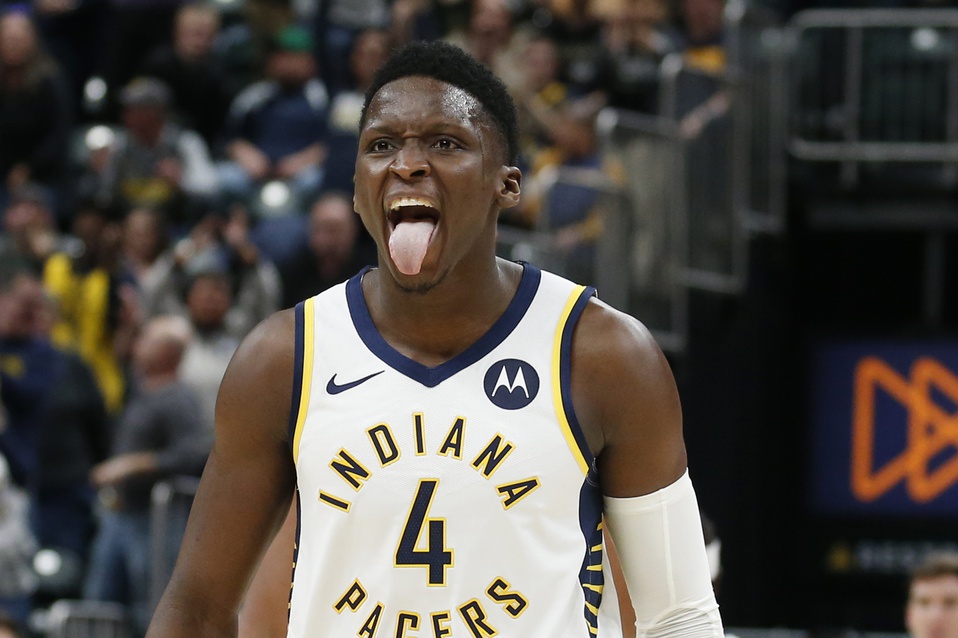 The Miami Heat is currently preparing to finish the 2019-20 season, but a new report indicates that Indiana Pacers guard Victor Oladipo is atop the team’s wish list when it comes to available free agents in 2021.

Barry Jackson of the Miami Herald looked at which players the Heat is looking at most, with its top player actually being Milwaukee’s Giannis Antetokounmpo.

However, Antetokounmpo’s currently a prize shared by other teams, so Oladipo seems more likely, despite coming with some question marks.

“Indiana guard Victor Oladipo (2021 unrestricted free agent): He trains in South Florida in the offseason, and from all indications, likes South Florida. The Heat likes his game.

“And there’s this: ESPN reported that the Pacers and Oladipo had talks about an extension before the season but concluded it was best to table those discussions.

“SNY reported that at one point in those conversations, the Pacers broached a four-year extension for around $80 million. Talks didn’t progress much from there.

“I would put him No. 1 on the most likely list if Miami doesn’t get Antetokounmpo, and if he returns to his old form — two big ifs.”

Oladipo only returned in January from a ruptured quadriceps tendon, showing expected rustiness upon his return.

There’s no guarantee that Oladipo will walk away from Indiana, but the Heat’s persistence figures to be strong if and when the time arrives.