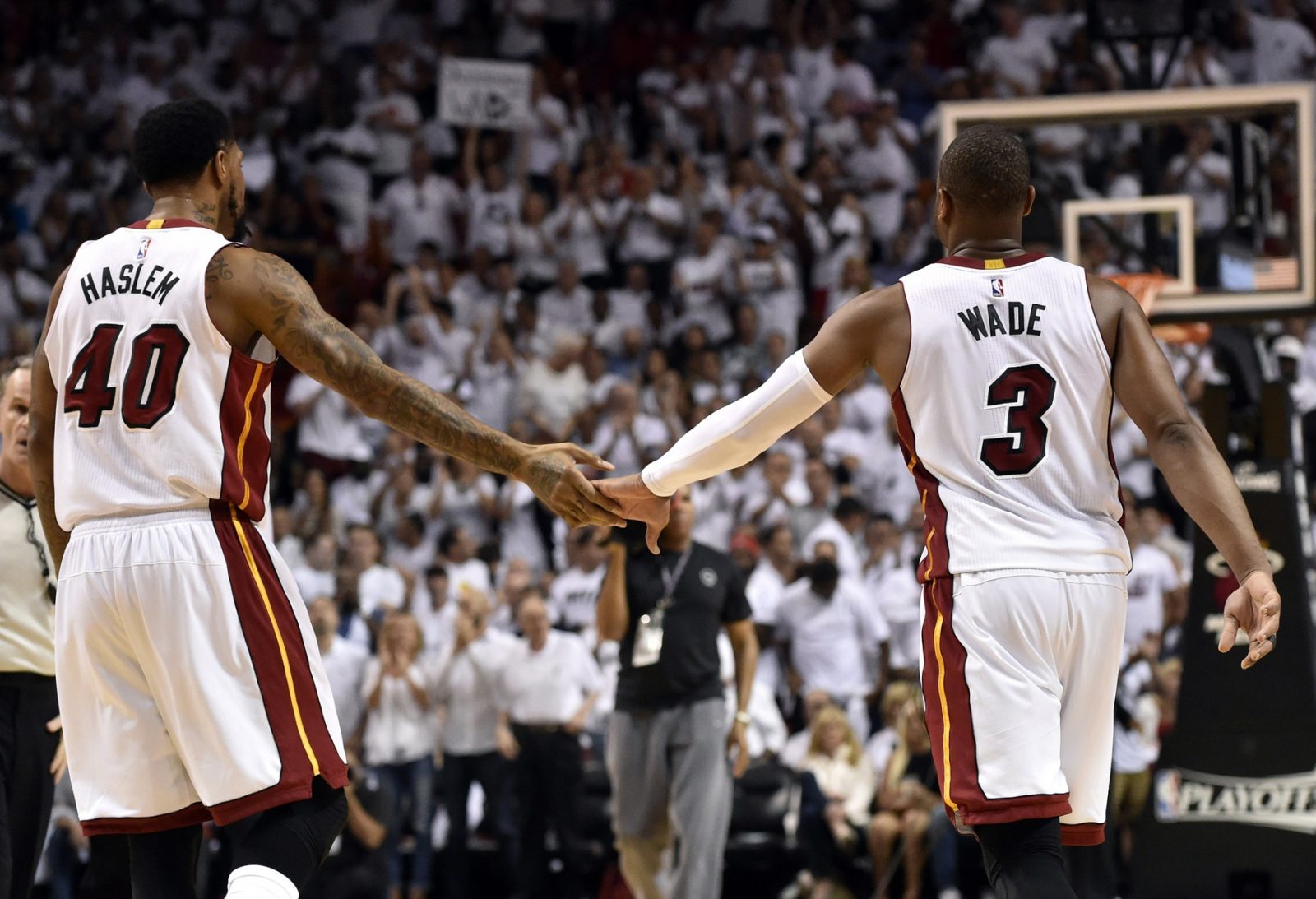 Udonis Haslem almost didn’t become a Miami Heat lifer after he received lucrative offers from other teams during the summer of 2010.

According to ESPN’s Brian Windhorst, Haslem was set on leaving after Mike Miller took an offer from the Heat that affected Haslem’s potential earnings.

“This (Miller’s $5 million deal) left a marginal amount of space for Haslem,” wrote Windhorst. “He had offers from the Denver Nuggets and Dallas Mavericks, both for five years and $34 million, and the Heat couldn’t get anywhere close.”

Later, Haslem spoke with Dwyane Wade to let him know that he was leaving.

“Dwyane and I had a heart-to-heart,” Haslem said. “And said, ‘I love you, and if we’re together in the future, we’ll win rings together again. But at this point, I’ve got to go.”’

Fortunately for the Heat, Wade had a plan to keep Haslem in a Heat uniform. He intervened on behalf of Haslem by speaking with LeBron James and Chris Bosh.

“But as Haslem drove to the arena to say goodbye to [Pat] Riley, [Erik] Spoelstra and [Micky] Arison, Wade called Bosh and James,” Windhorst wrote. “He told them about Haslem and said he was willing to give up another $1 million per year if they’d join him to make room. Both agreed.”

Haslem wanted a minimum of $20 million in order to stay with the Heat, and for that to happen, Wade reportedly gave up another $500,000 per year to accommodate his longtime teammate. In the end, the Heat forward received a $20.3 million contract for five years.

Wade, James and Bosh were all instrumental in keeping Haslem within the Heat organization when they all agreed to take pay cuts. Their sacrifice paid off handsomely as Haslem brought toughness and stability to the Heat frontcourt.

Miami went on to four straight Finals appearances, winning two championships in the process. Though Haslem’s numbers were modest at best during those four seasons (4.8 points and 5.8 rebounds in 20.2 minutes of action), his leadership both on and off the court was an integral part of the team’s success.