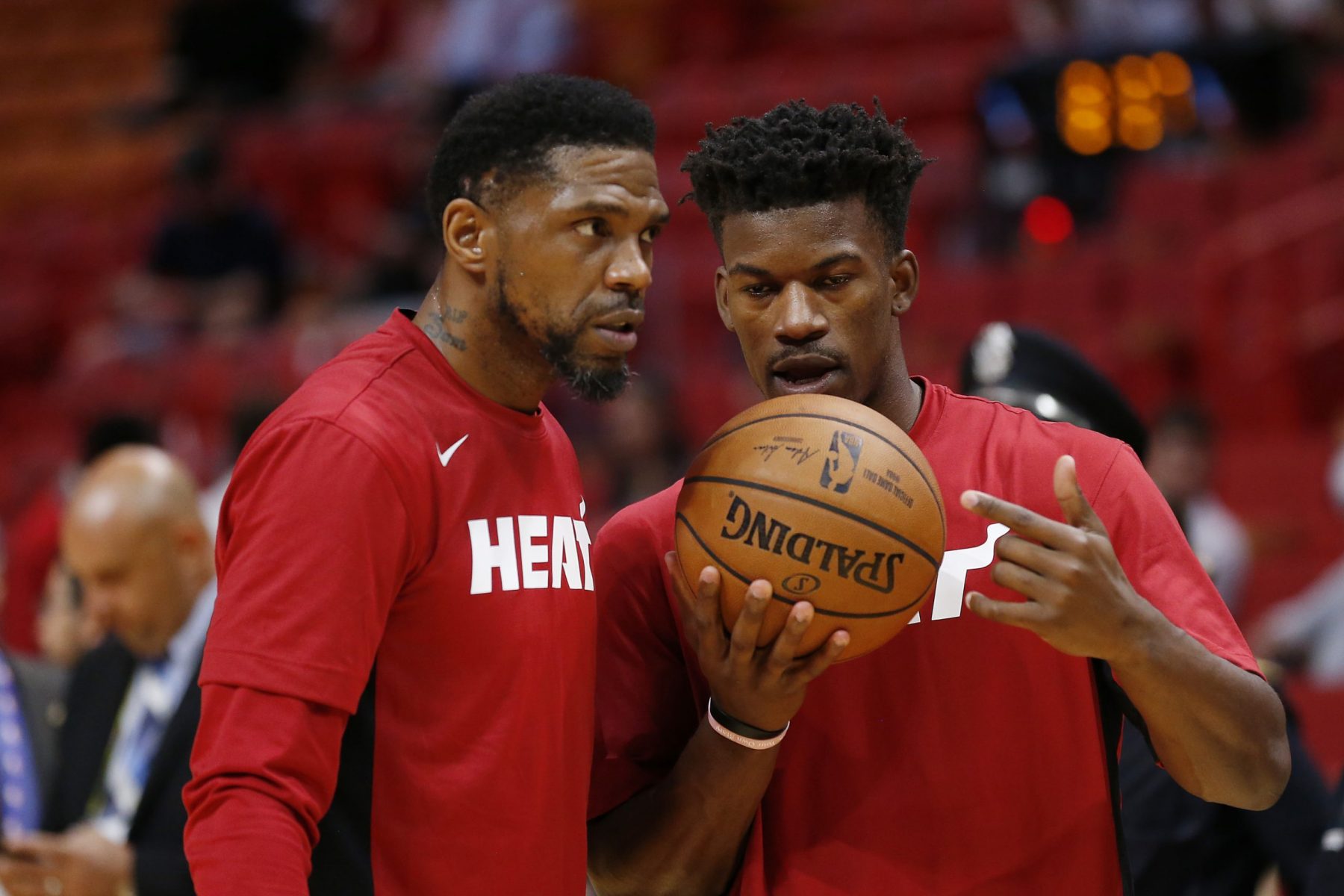 The Miami Heat were hit hard by a COVID-19 outbreak within the team earlier this season.

Heat star Jimmy Butler missed 10 games because of the outbreak, and Miami struggled in his absence.

While Butler was in the league’s health and safety protocols, Heat veteran Udonis Haslem took it upon himself to keep track of Butler’s physical and mental well-being.

“And yet teammates would have it no other way,” the Sun Sentinel’s Ira Winderman wrote. “Recently, it was Haslem who personally committed himself to Jimmy Butler’s mental and physical well-being when Butler missed 10 games due to pandemic protocol.

“It was a time that had a profound impact on Butler, who embraces Haslem as a teammate.”

Butler has returned to Miami’s lineup, and the Heat have won five of their last seven games because of it.

He has a profound impact on the franchise, and Haslem made sure to keep tabs on the star.

This season, Butler is averaging 19.5 points, 7.2 rebounds and 7.1 assists per game. The Heat are looking to make it back to the NBA Finals after their improbable playoff run last season.