Don't Miss
Home / Rumors / Report: Tyler Herro Not Signed Yet Because He May Be Involved in Russell Westbrook Trade

Report: Tyler Herro Not Signed Yet Because He May Be Involved in Russell Westbrook Trade 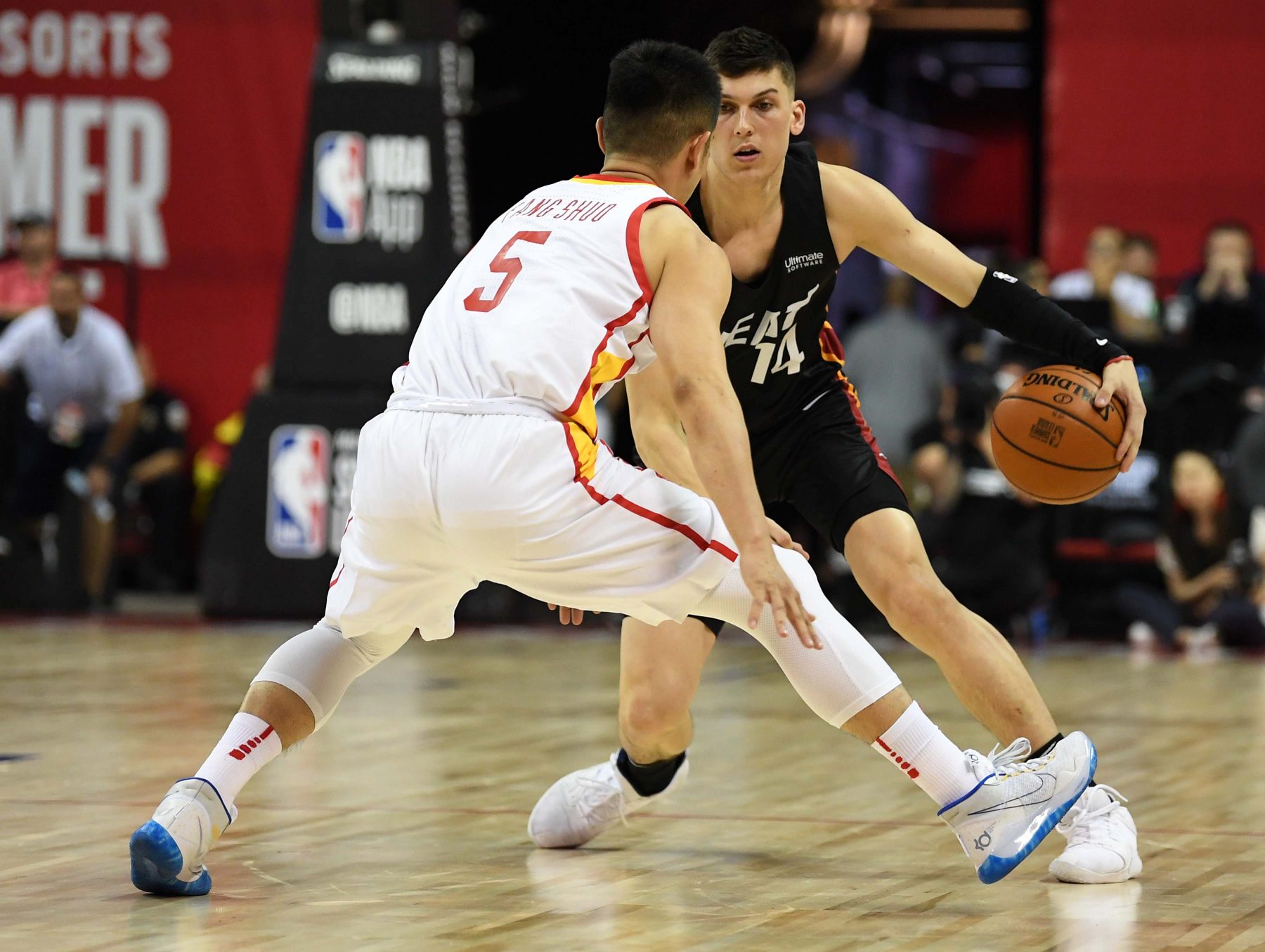 When the Miami Heat drafted University of Kentucky guard Tyler Herro last month, the expectation was that he would quickly sign a contract and contribute to the 2019-20 squad.

However, a new report indicates that Herro’s currently unsigned status points to the Heat holding out on a potential deal for Russell Westbrook.

Westbrook is expected to be traded since his current team, the Oklahoma City Thunder, is embarking on a rebuilding program after trading Paul George last week. The Heat are considered one of the top contenders to acquire Westbrook, though exactly what type of trade package they can offer remains unknown.

Since Westbrook has four years left on a contract in which he’ll be paid $170 million, any deal for the Heat will involve them sending multiple players in what could eventually turn out to be a three-team trade. Two of the most prominent Heat names mentioned are Goran Dragic and Justise Winslow.

Herro’s rookie contract will only count for a small portion of that amount, but as the 13th overall pick, he offers value to either the Heat, Thunder or another team. In his one season at Kentucky, the 6-foot-6 shooting guard averaged 14.0 points, 4.5 rebounds and 2.5 assists.

While he connected from deep at a rate of 35.5 percent, Herro has the potential to develop into an even bigger threat from beyond the arc.

If the Heat are able to acquire Westbrook, he’ll team in the starting backcourt with the Heat’s other major offseason acquisition, Jimmy Butler.