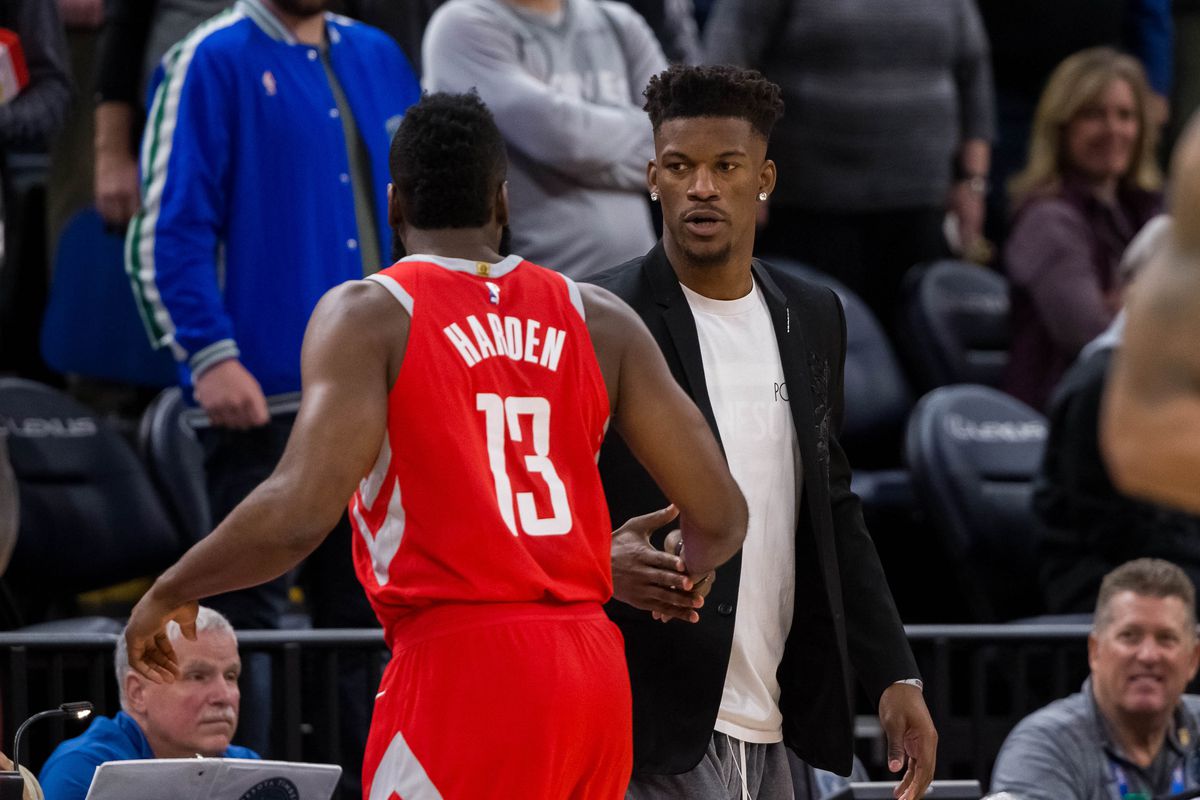 Prior to the Miami Heat’s successful acquisition of swingman Jimmy Butler from the Philadelphia 76ers, the main competition for his services were the Houston Rockets.

A new report indicates that key individuals around the league feel that the Rockets avoided a potential disaster by missing out on the Butler sweepstakes.

ESPN.com noted the problems involved trying to integrate an intense player like Butler into a lineup that already includes two active ballhandlers:

“Houston general manager Daryl Morey’s desire to add Butler to a dynamic that already has potential to be combustible puzzled some other talent evaluators. Especially considering that Butler would have been a distant second option to James Harden, who actively recruited the All-Star who opted to take his talents to South Beach, if not a third option behind Chris Paul as well.”

One league source pointed out that chemistry issues may have blown up in the Rockets’ faces.

“He’s not exactly a calming influence,” said the source.

The Rockets’ pursuit of Butler also seemed confusing to the scouts and executives watching summer league action, given that it would have broken up key parts of the team’s established lineup.

“Purely from a basketball perspective, some scouts and executives questioned the logic of the Rockets’ pursuit of Butler,” ESPN.com wrote. “They believe that center Clint Capela (and his team-friendly contract) and guard Eric Gordon are proven fits as high-production complementary pieces for a contender in Houston, so dumping them to make a sign-and-trade work would have been steps in the wrong direction to take a big risk on Butler.”

While the Heat haven’t been immune from chemistry issues of their own in the past, they were able to deal away one periodic problem in that department in center Hassan Whiteside. Butler’s arrival could mean that a more concerted effort to deal away guard Dion Waiters might be in the offing.

That consideration is because the playing time of Waiters, which has been a problem at times, figures to be reduced. That potential conflict is something that neither team president Pat Riley nor Heat head coach Erik Spoelstra wants, though a trade might be difficult given the remaining money on Waiters’ contract, which could be as much as $27.2 million over the next two seasons.