Don't Miss
Home / Rumors / Report: Pat Riley Will Do ‘Anything and Everything’ to Land Kawhi Leonard

Report: Pat Riley Will Do ‘Anything and Everything’ to Land Kawhi Leonard 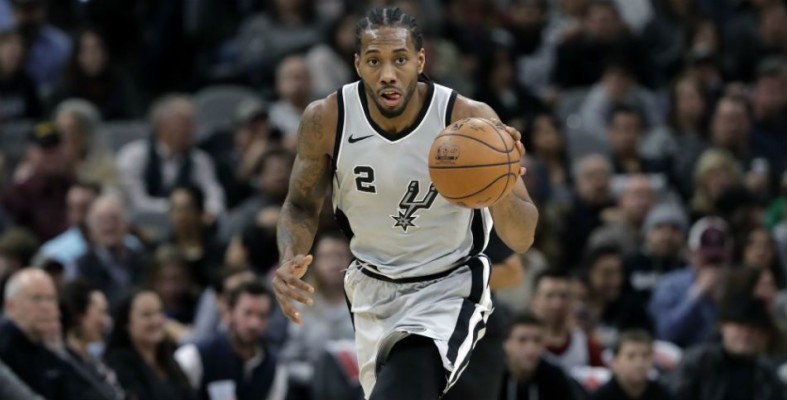 The news of Kawhi Leonard reportedly wanting to leave the San Antonio Spurs rocked the NBA world on Friday. The 26-year-old’s preference is to be traded to the Los Angeles Lakers, according to ESPN’s Adrian Wojnarowski.

San Antonio’s Kawhi Leonard has Los Angeles — preferably the Lakers — at the center of his preferences for a trade destination, league sources tell ESPN.

However, Leonard does not have a no-trade clause in his contract. This means that if the Spurs do in fact decide to trade him, he will have no say as to where he ends up.

Back in April, Mark Heisler of the Orange County Register wrote that Spurs head coach Gregg Popovich has a cardinal rule not to help teams in the Western Conference. If that rule were to still be in effect, that would increase the Miami Heat‘s chances of possibly acquiring the San Diego State product.

Ira Winderman of the Sun Sentinel wrote that he believes that Heat president Pat Riley would do “anything and everything” in order to bring a player like Leonard to Miami.

A potential trade package for Leonard could include a mix of any of the following players: Goran Dragic, Tyler Johnson, Josh Richardson, Justise Winslow, and Bam Adebayo.

The Heat could also include a first-round draft pick, but they sort of have their hands tied when it comes to that. NBA rules prohibit teams from trading their first-round picks in successive seasons. Therefore, the Heat are not allowed to trade their 2019, 2020, or 2022 first-round pick because they already traded their 2018 and 2021 first-round selections to the Phoenix Suns in the trade that brought Dragic to Miami.

Riley has said before that if he were to be shown the right name, he would go all in on him. Could Kawhi Leonard potentially be that name?
[xyz-ihs snippet=”HN-300×250-TextnImage”]