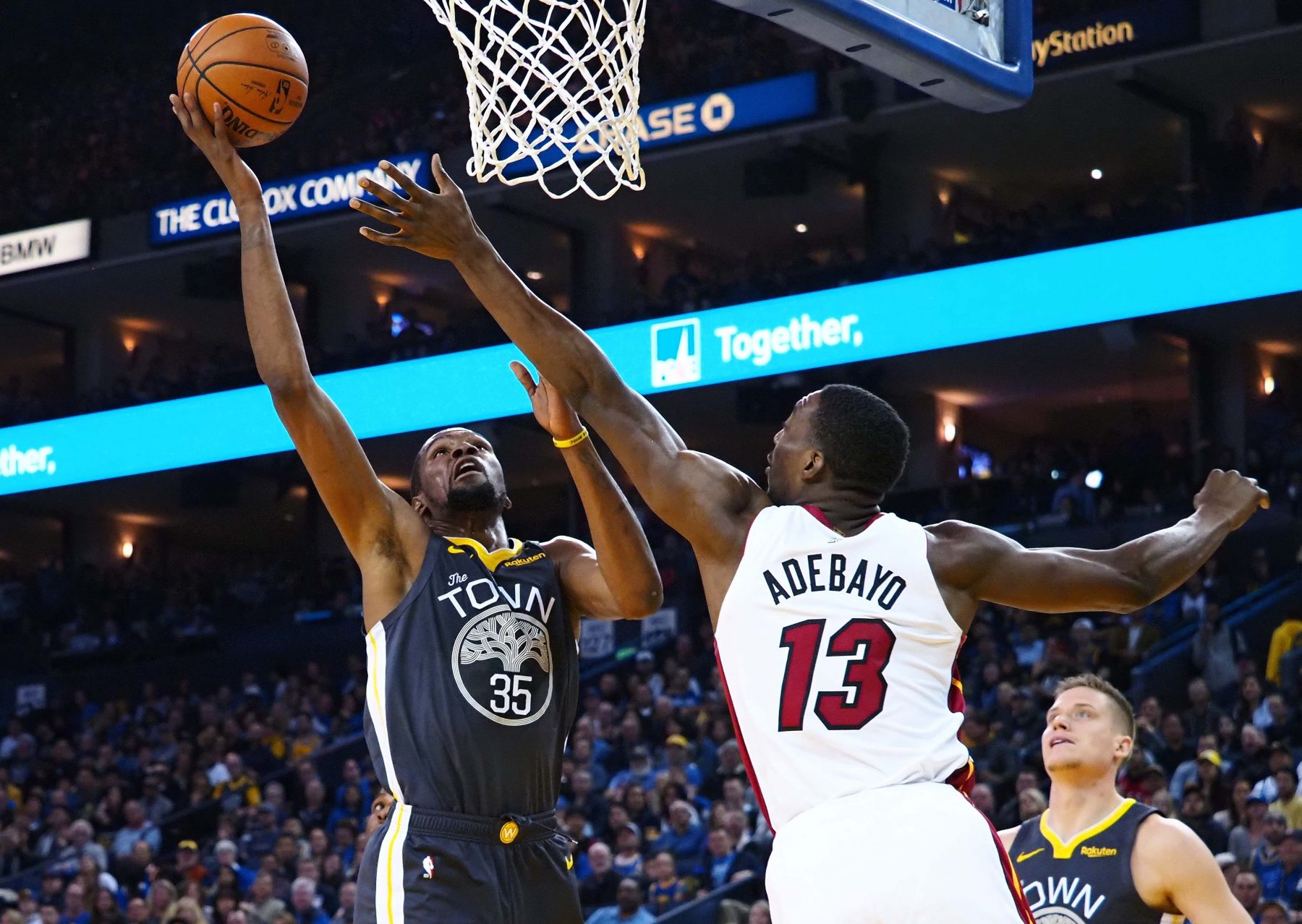 Prior to suffering a rupture of his Achilles tendon in Game 5 of the NBA Finals, Golden State Warriors forward Kevin Durant was poised to be the top player during the league’s upcoming free-agency period. Despite the fact that Durant will miss the entire 2019-20 season, one report states that Heat team president Pat Riley would still jump at the opportunity to sign the superstar.

Greg Cote of the Miami Herald noted Riley’s belief that simply having the opportunity to try and convince this year’s batch of top free agents still includes Durant:

“I am told by a club source Riley would sign Durant in a heartbeat if he could — despite this week’s Achilles injury that almost certainly will sideline him all next season.”

The problem for Riley this year in signing any of those top free agents is that salary-cap restrictions are preventing the Heat from making much noise. The quartet of Hassan Whiteside, Goran Dragic, Dion Waiters, and James Johnson are collectively scheduled to make over $74 million for the 2019-20 season, with the team eager to deal any or all of them away.

Signing Durant obviously won’t help the Heat for next season, but Riley’s patience could pay off down the road if the veteran returns to his past production level. Durant will be 32 when the 2020-21 season begins, which still puts him in the prime of his career.

Thus far, his career has been a stellar one, with career averages of 27.0 points, 7.1 rebounds and 4.1 assists, with a 38.1 shooting percentage from beyond the arc. He also offered up clutch performances, winning Finals MVP honors in both 2017 and 2018.

Riley won’t be the only executive who’s willing to be patient with Durant’s rehabilitation, which means he’ll have to work some of his magic from 2010. That helped bring both LeBron James and Chris Bosh to the Heat and resulted in four trips to the final and two NBA titles. Riley is hoping to have similar success this year.
[xyz-ihs snippet=”HN-300×250-TextnImage”]