Report: Orlando Magic Among Many Teams Interested in Trading for Goran Dragic 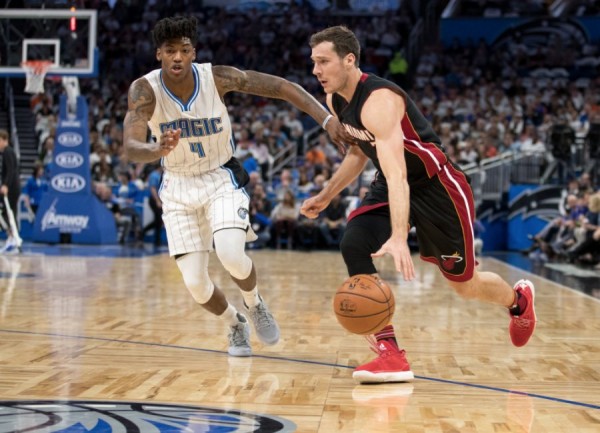 The struggles of the Miami Heat during the 2016-17 campaign have many people looking toward the trading deadline, considering that the season has essentially evolved into a rebuilding year. One player whose name seems to be constantly surfacing in trade rumors is one who came to Miami two years ago during that year’s trading deadline: Heat point guard Goran Dragic.

According to Zach Lowe of ESPN, the Orlando Magic are one of the teams that’s reportedly inquired about Dragic’s availability. No hint of what may have been offered to the Heat in exchange for the 30-year-old guard who’s currently in the midst of his ninth NBA season. However, according to Lowe, Miami won’t even think about moving him unless it gets a good-sized return.

Part of the reason for that reluctance stems from the fact that the deal to bring Dragic to the Heat on Feb. 19, 2015, required Miami to give up two future first-round selections. However, team president Pat Riley may not be able to get that much in exchange, considering Dragic is owed approximately $60 million through the 2019-20 season.

In 32 games this season, Dragic is averaging 19.0 points, 6.5 assists and 3.8 rebounds. All three are above or near career-highs, yet have been lost in the misery that currently has Erik Spoelstra’s injury-plagued squad sporting a 10-29 record entering Friday night’s game in Milwaukee.

Riley may be hoping that other teams emerge in this sweepstakes, though there’s no such guarantee that something like that will occur.
[xyz-ihs snippet=”Responsive-ImagenText”]