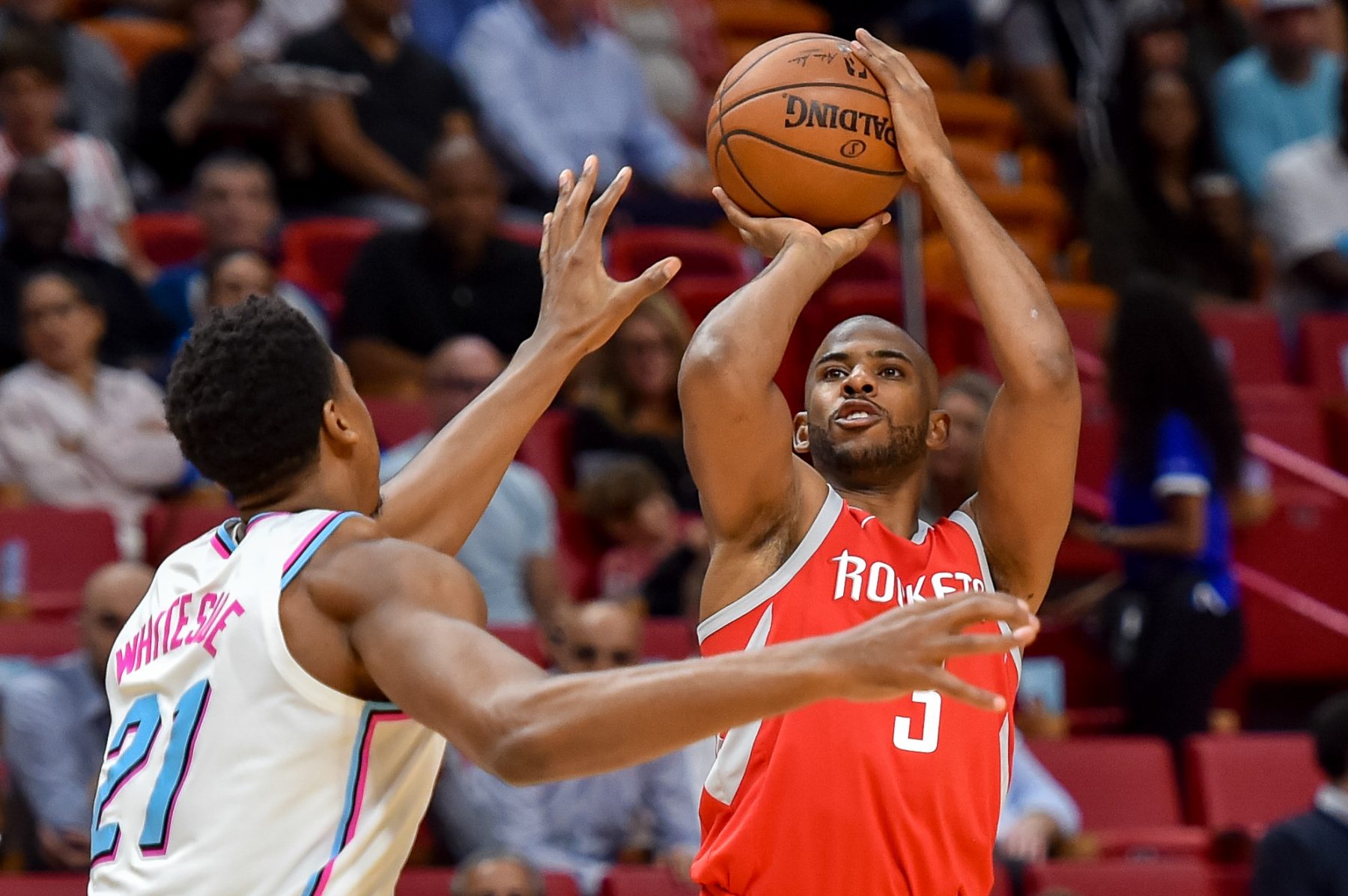 After attempting to trade for Oklahoma City Thunder superstar guard Russell Westbrook, the Miami Heat are trying to engage them in trade talks to acquire another perennial All-Star guard.

The Thunder acquired Chris Paul, a nine-time NBA All-Star and eight-time All-NBA selection, in return for Westbrook, and are reportedly looking to flip him, ideally for assets they can use to rebuild.

The Heat have expressed interest in Paul, but their trade talks don’t have any real momentum as of now.

OKC, to this point, has offered nothing enticing enough to seriously interest Heat in Chris Paul talks. Heat won't close door if that changes, but this is OKC trying to move Paul, not Heat actively pursuing player

However, he still seems to possess plenty of on-court value, as he posted averages of 8.2 assists and 2.0 steals this past season. He could also provide plenty of leadership and veteran experience for a Heat team that is made up mostly of young prospects.

One thing that would seem to complicate the Thunder’s efforts to trade him is his contract, which has three years remaining. He will be owed $38.5 million in 2019-20, and that amount will increase greatly to $44.2 million in the 2021-22 season.

Chris PaulFeaturedmiami heatNews Ticker
← Previous Story Here’s What the Miami Heat Are Asking for in a Potential Chris Paul Deal
Next Story → Report: Bradley Beal Not Likely to Remain on ‘Washington Wizards’