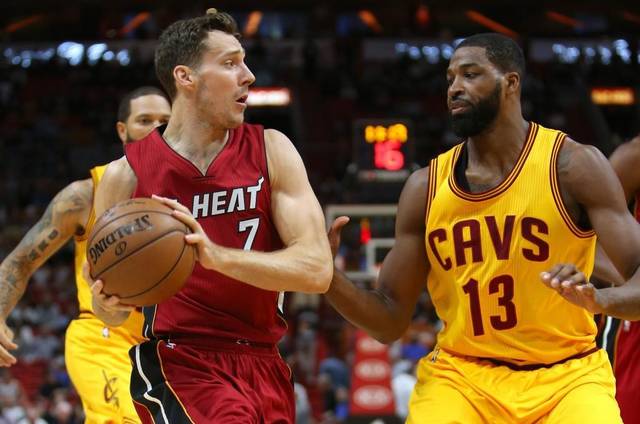 With the Miami Heat looking to clinch the eighth and final playoff seed in the Eastern Conference, they may catch a big break due to the impending actions of their final two opponents.

That’s because according to Ira Winderman of the Sun Sentinel, both the Cleveland Cavaliers and Washington Wizards are expected to sit out their regular starters when they play the Heat on Monday and Wednesday, respectively.

So with Wizards expected to hold out regulars on Wednesday, it is now more likely Heat can finish at .500 than make the playoffs. Crazy.

The Heat currently sit in ninth place in the East. They are one game behind the seventh-seeded Indiana Pacers and are tied with the Chicago Bulls, who hold the tiebreaker over Miami.

First thing’s first however, as the Heat look to strengthen their chances with a victory tonight against the Cavs.
[xyz-ihs snippet=”Responsive-ImagenText”]