Don't Miss
Home / Rumors / Report: Miami Heat Expected to Trade Away Players That Have Fallen Out of Rotation

Report: Miami Heat Expected to Trade Away Players That Have Fallen Out of Rotation 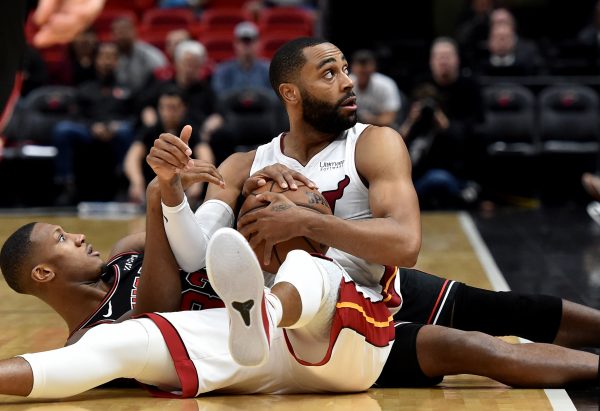 The Miami Heat’s front office is working furiously to try to make a deal before the league deadline comes on Thursday afternoon. One NBA insider believes that the Heat’s effort to trade away players who have seen little on-court action should have them seeking to acquire at least a second-round pick.

Zach Lowe of ESPN notes that the Heat’s hope that they could get more for some players has to be dialed back because of the current situation:

“Some of Miami’s veterans on long-term deals once fit this conceit, but most of the guys they’d be willing to move for some relief — i.e., not Justise Winslow, Josh Richardson or Bam Adebayo — have underwhelmed. Given their glut of rotation guys — Wayne Ellington, essential last season, was out of the rotation until recently — I’d expect Miami to try to recoup at least a second-round pick for someone who isn’t playing as much as he’d like.”

The 31-year-old Ellington is averaging 21.3 minutes per game and his statistical numbers are indicative of that underwhelming designation: averages of 8.4 points, 1.9 rebounds and 1.2 assists per game, with a shooting percentage of 37.5 percent from the field.

Teams would likely be more receptive if Winslow, Richardson or Adebayo were included. Instead, the Heat would prefer to offer players like James Johnson or perhaps Kelly Olynyk, who are averaging similar minutes, while the burdensome contracts belonging to players like Hassan Whiteside and Tyler Johnson make them hard to move.

The Heat are 24-26 following Friday night’s loss and will look to salvage their three-game homestand with a win over the Indiana Pacers on Saturday night after dropping the first two contests. On Tuesday they begin a six-game road trip in Portland, with the first five games against Western Conference teams before the All-Star break. Once they return to the court, the Heat will travel to Philadelphia for a game on Feb. 21.
[xyz-ihs snippet=”HN-300×250-TextnImage”]