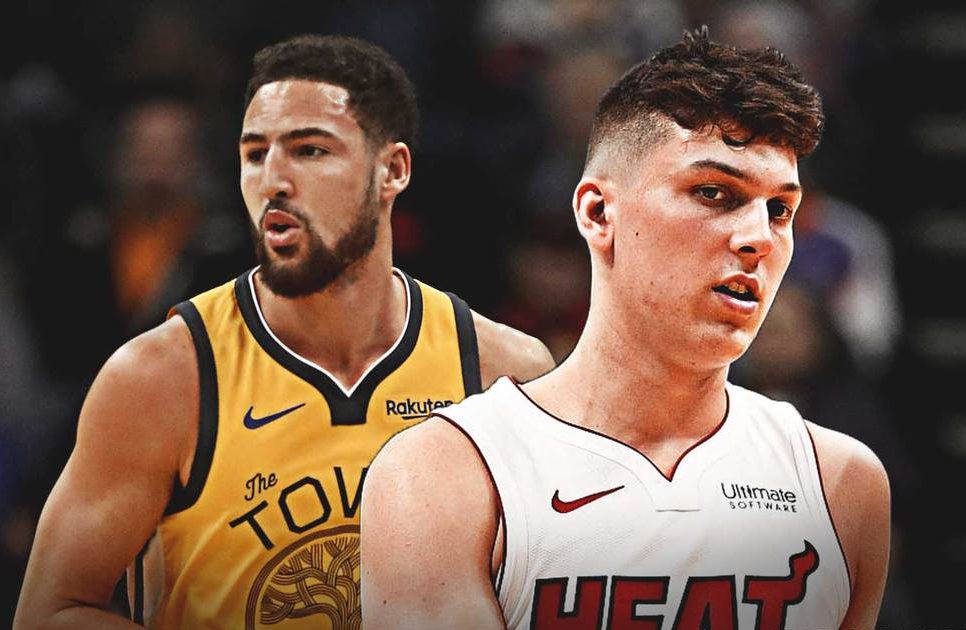 It may be too early for the Miami Heat to declare it, but according to an anonymous GM, the Heat believe they have the next Klay Thompson on their roster.

That’s high praise for rookie guard Tyler Herro, who has been scorching the nets this preseason with his deadeye shooting.

According to Sean Deveney of Heavy.com, one general manager indicated what the Heat see in Herro.

“They’ve been firm on him (Herro) and [Bam] Adebayo being untouchable,” the general manager said. “Maybe they would move off of that as the season goes on, but as it stands, they think they’ve got the second coming of Klay Thompson offensively. They have not had a lot of useful guys on rookie contracts in past years and that’s killed their cap. They’ve got two now, they don’t want to let them go.”

Herro has a ways to go before he can approximate the career of Thompson, the Golden State Warriors shooting guard who is considered one of the best 3-point shooters in NBA history.

Thompson is a five-time All-Star, two-time All-NBA selection and three-time NBA champion. He is also one of the top one-on-one defenders in the league, taking on the toughest guards on a nightly basis.

On the other hand, Herro’s defensive abilities are lagging behind his offensive talents. Coach Erik Spoelstra will have to train the 19-year old to further improve his skills on the other end of the court.

For now, just the fact that Herro is probably the closest thing that the Heat have seen to Thompson as a shooter is a good enough reason to keep him in the regular rotation.