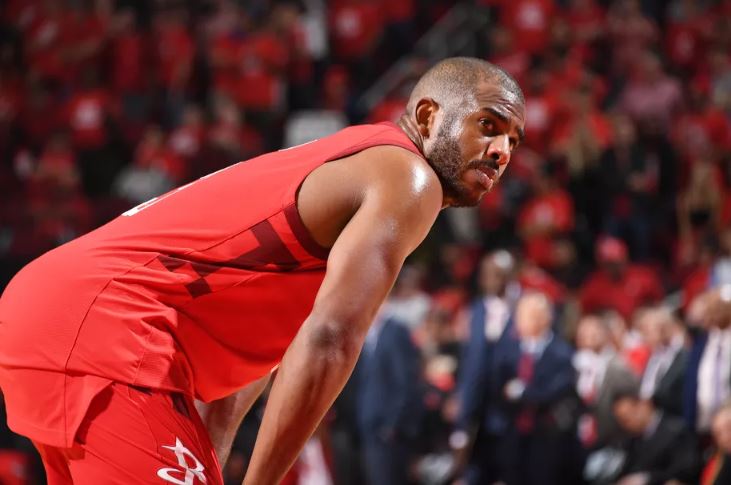 While the Chris Paul trade chatter between the Miami Heat and Oklahoma City Thunder has slowed down, one team still appears to have the ball in its court.

According to Sean Deveney of Heavy.com, the Heat are still in the driver’s seat for any deal involving Paul:

“League sources tell Heavy.com that Miami is still in the driver’s seat here and that the Thunder and Paul are on the clock to make a deal to Miami palatable enough for the Heat to swallow. The Heat are said to be ‘more than comfortable’ opening the season with Goran Dragic, now healthy after a knee injury, as the starting point guard.”

Paul, 34, was shipped from the Houston Rockets to the Thunder in exchange for Russell Westbrook earlier this offseason. While it is believed the rebuilding Thunder will ship the point guard, Paul’s mammoth salary is unappealing to opposing teams.

The veteran’s current contracts includes a $44.2 million player option for the 2021-22 season. While it may take Paul waiving that option for the Heat to work out a deal, it’s unlikely the 14-year pro will leave that much money on the table.

If the Heat were to take on that salary, they would be extremely limited in free agency of 2021. Although Paul is an All-Star level point guard, multiple other superstars become available that summer.

Nevertheless, the Heat are doing whatever it takes to immediately compete for a championship after the addition of All-Star Jimmy Butler.