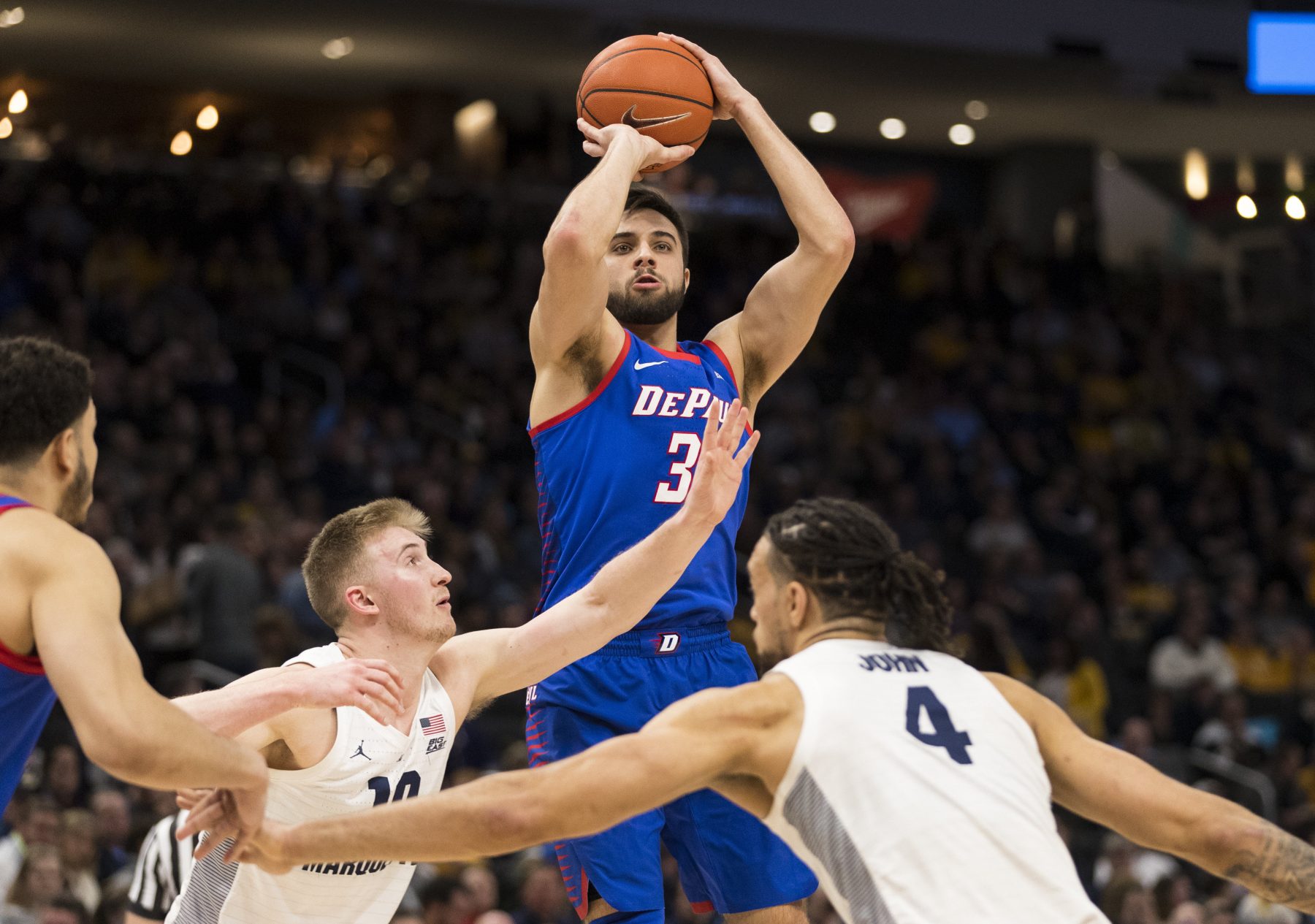 The Miami Heat are already the proud owners of the 13th overall pick in the 2019 NBA Draft, but that doesn’t mean they plan on adding just one promising rookie prospect this spring.

According to a Friday morning report, the Heat have already set their sights on DePaul University standout Max Strus as someone to target either in the second round of the draft or as an undrafted free agent.

The Unknown player in this draft I suggest Heat fans get to know? (But won’t be a 1st rd pick)

Heat scouted him a ton all season and will investigate how to acquire him either in 2nd rd or as UDFA. @miaheatbeat

While the 6-foot-6 guard lacks the athletic ability that players in the first round may possess, he’s displayed an ability to use his large frame to get separation and shoot both inside and from beyond the arc throughout his college career.

In his senior season at DePaul, Strus averaged an impressive 20.1 points, 5.9 rebounds. and 2.2 assists per game. He also shot 42.9 percent from the field during his final season at the collegiate level.

With the Heat seemingly committed to giving Justise Winslow the nod at the point guard position in the 2019-20 season, it is possible that the team’s front office is looking for a similarly big-bodied player who can work himself into the rotation.

While the Heat do not currently possess a second-round pick in the draft, there is more than enough time for them to make the moves necessary to get a pick in that round.

The upcoming draft is still over a month away, but it seems that the Heat are already doing the prep work necessary to improve their current roster.

Only time will tell if Strus makes his way to South Florida before the 2019-20 season rolls around.
[xyz-ihs snippet=”HN-300×250-TextnImage”]