Report: Miami Heat Reveal How Much They Want to Offer Dwyane Wade Next Season 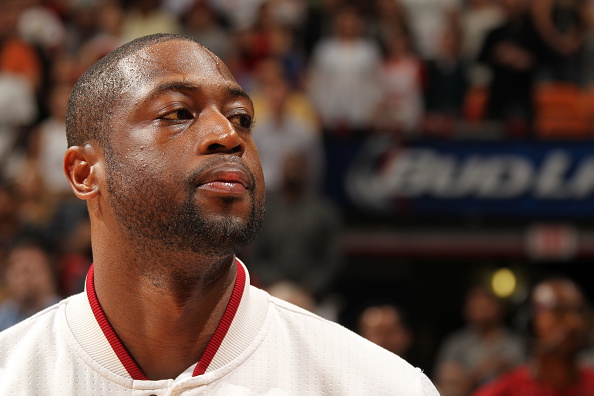 A lot of the Miami Heat‘s offseason talk comes around re-signing center Hassan Whiteside or somehow landing superstar Kevin Durant. However, it’s often left out of the conversation that Heat lifer Dwyane Wade is a free agent this summer and needs to be re-signed.

Although Wade re-signed with the Heat last year, there was enormous uneasiness around the deal because the All-Star was pursuing a max deal. Wade ultimately signed a one-year, $20 million contract. But as a free agent again and coming off a dominant postseason, the shooting guard could be looking for a deal the Heat might not be.

According to the Miami Herald’s Barry Jackson, the Heat are looking to sign Wade to a one-year deal worth around $15-20 million next season to give the team flexibility in 2017.

“The Heat’s preference for Dwyane Wade’s next deal would be to make it for just one year, to give the franchise flexibility in 2017. One Heat person estimates to Jackson that a one-year contract for Wade would be in the $15-20MM neighborhood.”

There’s no doubt the Heat want to gain as much flexibility in the summer of 2017 as possible. All-Stars Stephen Curry, Russell Westbrook, Blake Griffin, Chris Paul and Kyle Lowry among others will all be available. With Wade moving away from his prime, Heat president Pat Riley would love to try nab one of those stars and tie them next to Whiteside, Goran Dragic and budding forward Justise Winslow.
[xyz-ihs snippet=”Responsive-Ad”]