Report: Miami Heat requested not to have confetti after advancing to NBA Finals 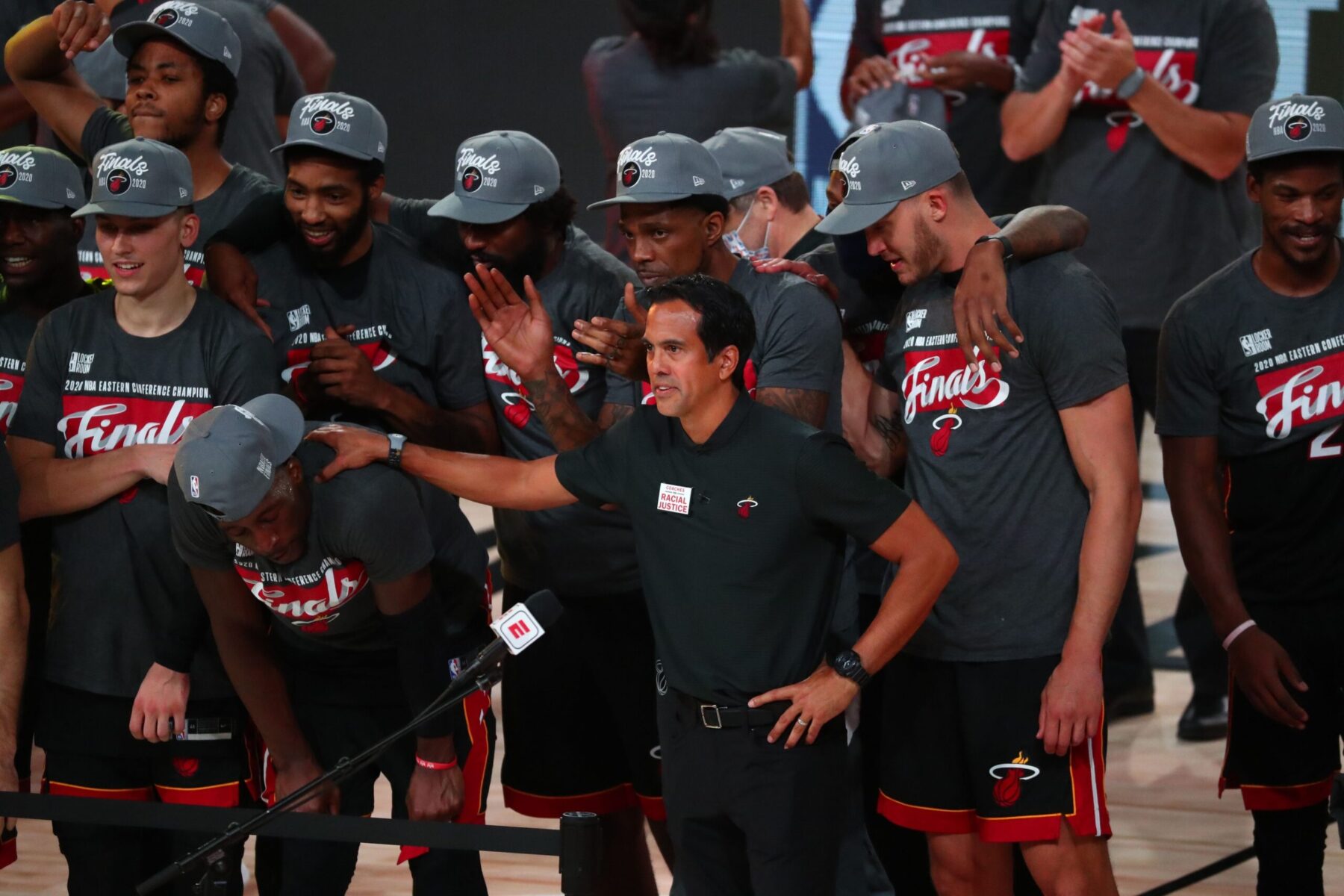 The Miami Heat defeated the Boston Celtics in Game 6 of the Eastern Conference Finals on Sunday to advance to their first NBA Finals since the 2013-14 season.

The Heat seem to have a bigger goal in mind this postseason.

After getting the No. 5 seed in the Eastern Conference, Miami has shocked everyone and advanced to the NBA Finals.

It swept the Indiana Pacers in the first round of the playoffs, despite squandering the No. 4 seed to them during the NBA’s eight seeding games.

Boston proved to be a tougher test, forcing the Heat to six games, but Miami is still 12-3 this postseason.

Now, the Heat will face the ultimate test in the NBA Finals as they square off with the Los Angeles Lakers and LeBron James.

Game 1 is scheduled to take place on Wednesday from the Orlando, Fla. bubble.