Report: Miami Heat Could Be Potential Player for Anthony Davis 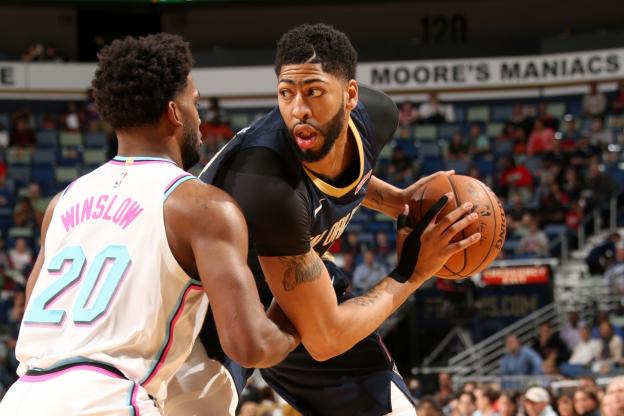 With a host of different teams looking to acquire New Orleans Pelicans big man Anthony Davis, the Miami Heat is trying to find the best way trade for the superstar.

One risky option it could take would be to deal for him and then attempt to sign him to a contract extension before he becomes a free agent in July 2020.

As for "Then it’d come down to nets and lakers" — that is not true, there are teams willing to follow the Paul George/Kawhi Leonard path and try to romance him for a year… Dallas, Miami, Clippers, Suns… there are other potential players in this that could win over Griffin. https://t.co/ZxUl8kRHfU

Earlier this year, Davis indicated to Pelicans management that he wouldn’t re-sign with the team, setting off a free-for-all among other franchises. By acquiring him now, the Heat would have his Bird rights, which would allow it to offer Davis a maximum deal, regardless of next year’s salary cap.

The reference to the situations involving Paul George and Kawhi Leonard relates to the similarities of their situations. Both players were traded after indicating that they wouldn’t re-sign with their respective teams.

In 2017, George was traded from the Indiana Pacers to the Oklahoma City Thunder, while last year, Leonard was dealt from the San Antonio Spurs to the Toronto Raptors. George ended up re-signing with the Thunder, while Leonard’s future with the Raptors is uncertain beyond this season.

The Heat would likely need to not only get rid of some burdensome contracts, but also deal away a number of its top young players in order to make the deal a possibility.

If the Heat ends up being successful in trading for Davis, the team can offer a variety of different sales pitches to get him to stay. That includes a quality front office and coaching staff and other off-court factors.

Last year, the Heat tried to make a deal with Minnesota for Jimmy Butler, but that failed when he was dealt to Philadelphia. By trying a similar gambit to acquire Davis, it could have a superstar in their lineup who it can build around next year. That’s when the team gains a tremendous amount of salary cap space.
[xyz-ihs snippet=”HN-300×250-TextnImage”]