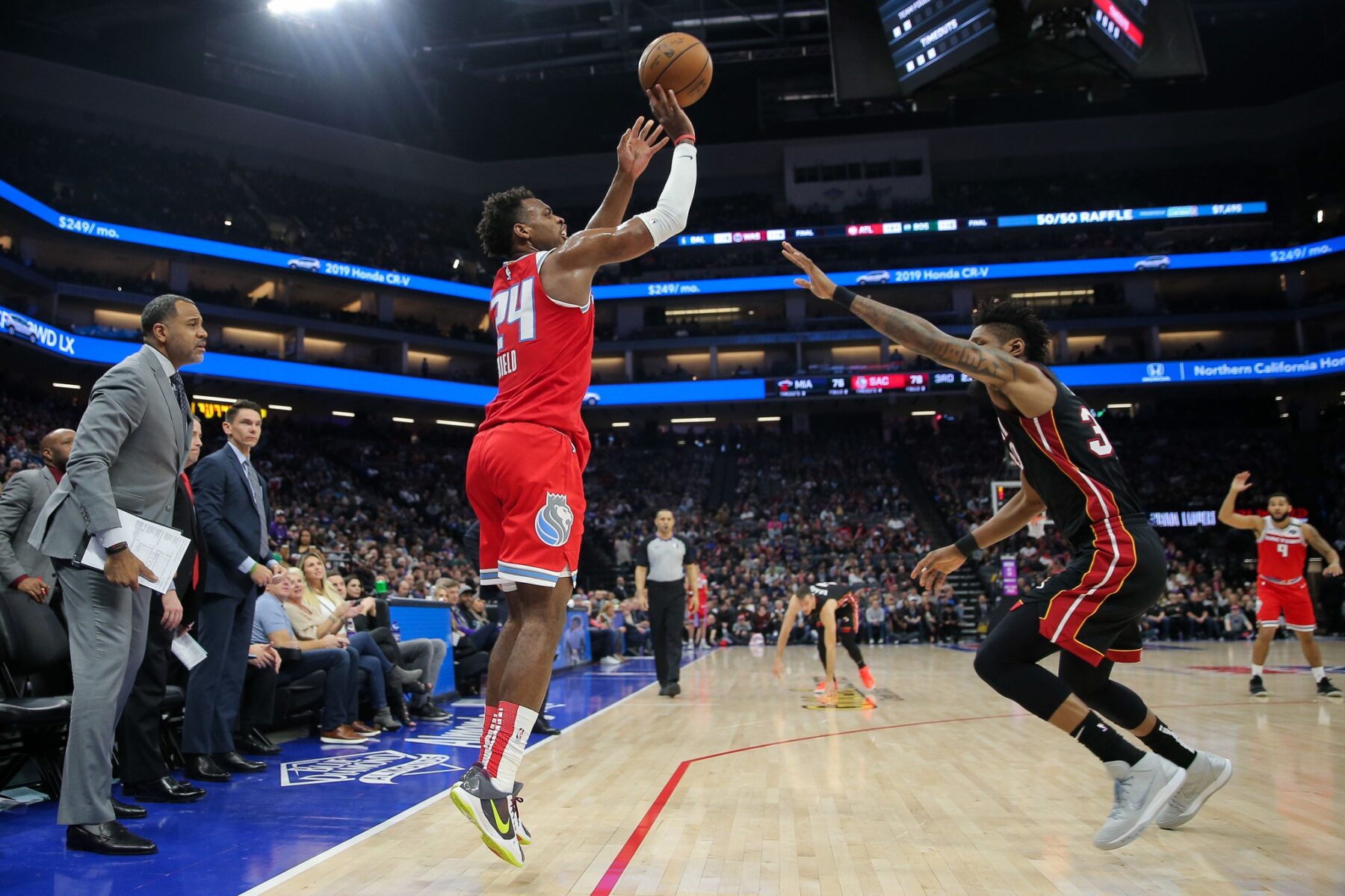 Hield has been open about wanting out from Sacramento, but now it seems that he also has an idea of where he would like to land.

adding to this report: Miami and Philly are also on Hield’s list of preferred landing spots.

it’s no secret about him wanting out of SAC — it’s been the case for a few seasons, but i’m told the team’s decision to have him come off the bench was the final straw. https://t.co/ae0M8GGwFH

While his shooting numbers decreased from the season before, the change wasn’t drastic.

His 3-point percentage also dropped, as he went from 42.7 percent to 39.4 percent last season.

However, Hield still managed to score 19.2 points per game despite only starting in 44 of his 72 appearances.

He would be another sharpshooter in Miami’s rotation that already includes Tyler Herro and Duncan Robinson.

Miami is looking to improve a roster that made the NBA Finals last season.