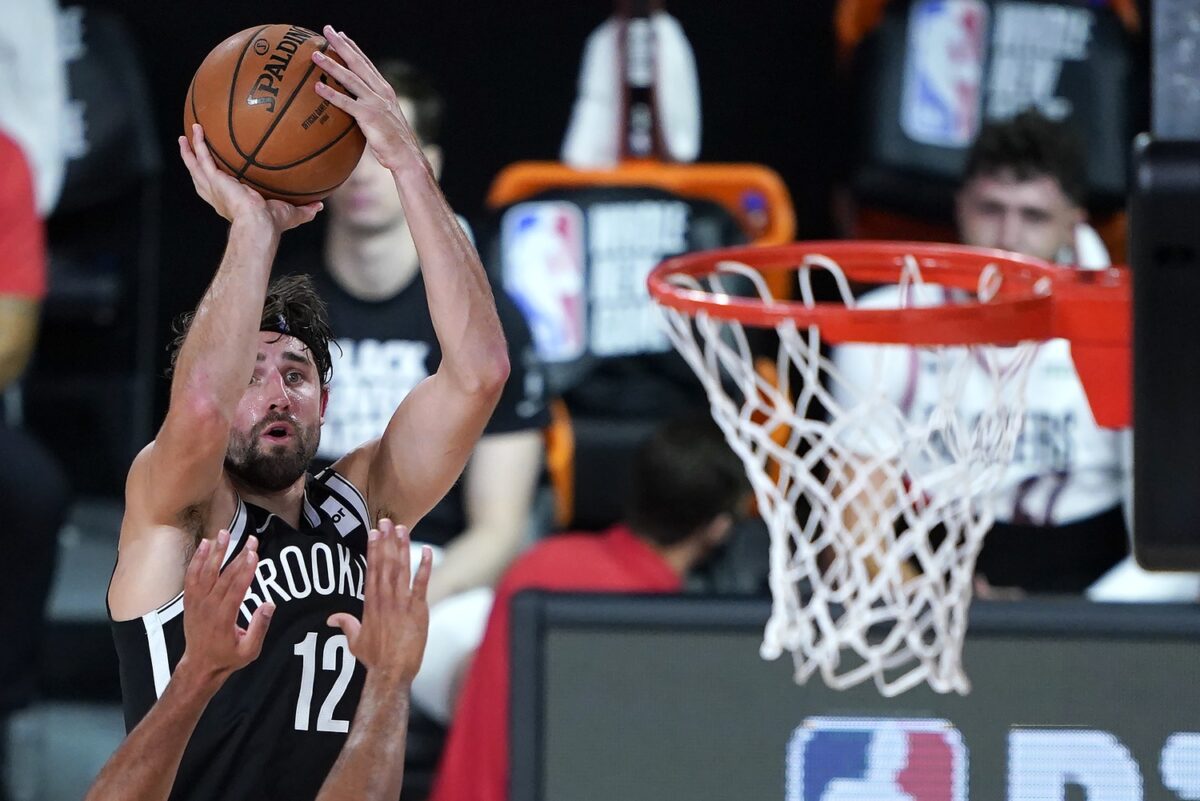 A new report indicates that the Miami Heat may pursue the services of Brooklyn Nets forward Joe Harris when offseason free agency gets underway.

One option, per league source — is that Harris could take a one year, high dollar deal with Miami depending on other moves they make this season.

Imagine surrounding (someone) with all these 3pt shooters? https://t.co/iwVRVVR1Qn

Joe Harris will have multiple suitors this offseason and could ink a deal worth $14M + annually, per league source.

The 29-year-old Harris just completed his sixth season in the NBA, including the last four with the Brooklyn Nets after playing his first two seasons with the Cleveland Cavaliers.

Over that span of time, Harris has evolved from a young player who saw limited time on the court into a valuable option from beyond the arc.

However, Harris’ most valuable commodity is his deep shooting range, having connected on 42.4 percent of his 406 3-point attempts this past season. That performance came after he led the league in 3-point shooting percentage by hitting 47.4 percent of his 3-point efforts during the 2018-19 season.

Two years ago, Harris signed a two-year, $16 million contract, but he’s likely to be paid close to that pay level for a single season.

The possible strategies that the Heat might employ are likely dependent upon the players available either through free agency or trade.

In the end, the Heat might choose to seek out other players or simply be outbid by other teams for the services of Harris. However, it’s clear that the Heat won’t be resting on the laurels of this season’s success.