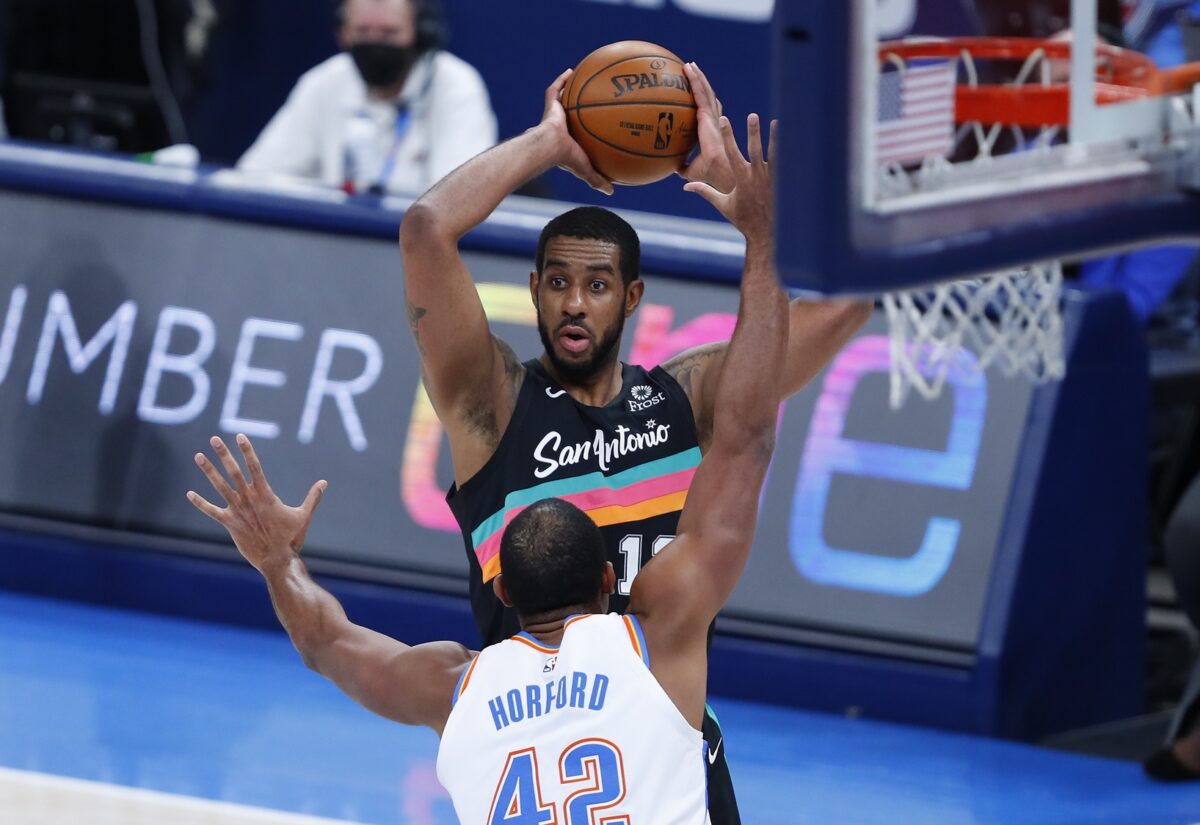 With LaMarcus Aldridge on the trade block, it makes sense for the Miami Heat to target the seven-time All-Star.

It seems that the front office has already been in contact with the San Antonio Spurs and even reportedly offered a package for the big man.

“Miami has also dangled veterans Avery Bradley, Maurice Harkless and Meyers Leonard to match salaries as part of a trade package for San Antonio’s LaMarcus Aldridge, league sources told HoopsHype,” wrote Michael Scotto. “The Heat would also have to add another minimum contract such as either Chris Silva or KZ Okpala and draft pick compensation to make a trade worthwhile for San Antonio.”

Even at 35 years old, Aldridge could strengthen a Heat roster in need of a frontcourt player that can fit well with Bam Adebayo and has significant playoff experience.

The second overall pick of the 2006 NBA Draft is currently having one of the worst seasons of his career. He is averaging just 13.7 points in 25.9 minutes per game this season. Both stats mark the lowest averages since his rookie year. His 4.5 rebounds per contest is a career low.

However, if the Heat are able to acquire Aldridge without giving away too much, it could provide a huge boost to the team’s championship hopes this season.