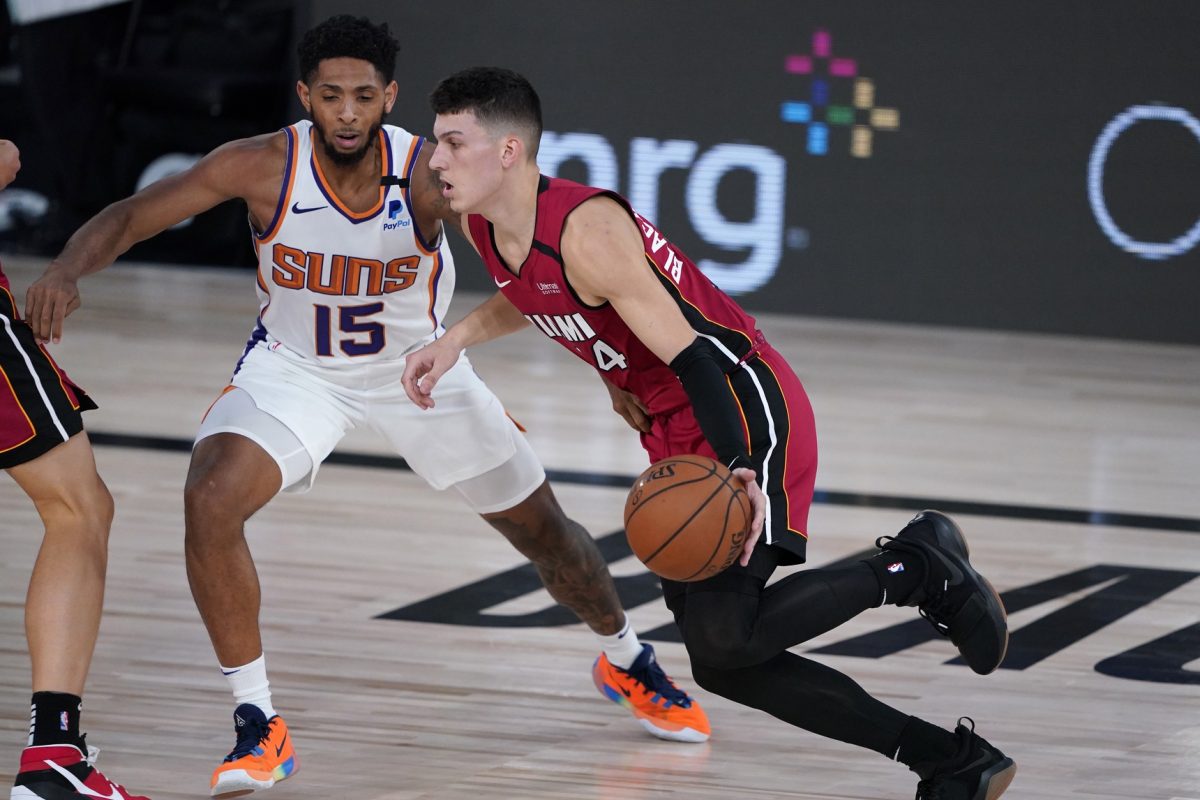 As a matter of fact, the franchise reportedly believes Herro can eclipse Phoenix Suns superstar Devin Booker, per ESPN’s Dan LeBatard who was recently on The Lowe Post podcast.

Dan on the Heat’s opinion of Tyler Herro: “They think he can be better than Devin Booker.” 😳

As for Booker, he’s one of the best shooting guards in the NBA. The sharpshooter averaged 26.6 points, 6.5 assists and 4.2 rebounds per game this season.

Booker, 23, made the All-Star team for the first time in his career this season. However, he still hasn’t made the playoffs despite being in the league for five years.

Although Herro is in his first season in the league, he is getting huge minutes in the playoffs. The sharpshooter is collecting 14.7 points, 4.9 boards and 3.3 assists on 40.0 percent shooting from deep in the postseason.

The Heat will take on the Boston Celtics or Toronto Raptors in the Eastern Conference Finals.