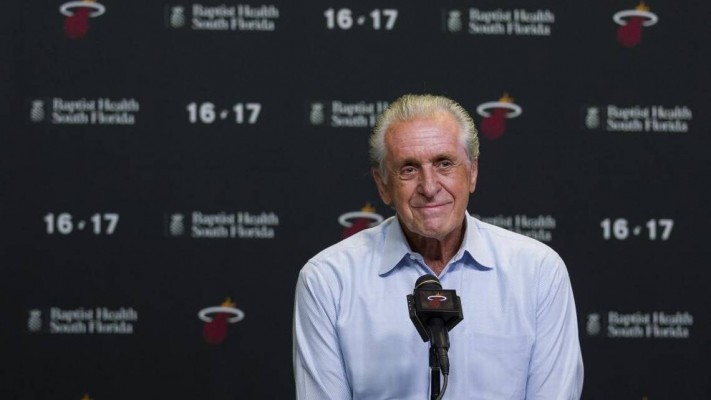 The 2018 NBA Draft will take place at Barclays Center in Brooklyn on Thursday, June 21. Presently, the Miami Heat is shut out of the proceedings after dealing away its two selections over the past few years. However, they continue to try and find a way to pick up a draft choice.

Their first-round pick (16th overall) was part of the deal that brought Goran Dragic to Miami from the Phoenix Suns, while their second choice went to Memphis two years ago. In that trade, which was tied to avoiding the assessment of a luxury tax on the team, the Heat sent the pick to the Memphis Grizzlies. The Grizzlies agreed to accept Chris (Birdman) Andersen as part of a three-team deal that included the Charlotte Hornets.

In their search for a trading partner, Barry Jackson of the Miami Herald indicates that the Heat is currently focusing its energies on acquiring a second-round pick:

“According to an official with a Western Conference team that has spoken to the Heat, Miami hasn’t been trying to acquire a first-round pick but seems to have interest in possibly acquiring a second-rounder.”

The intricacies of making some NBA trades were pointed out by Jackson, who explained how paying for a second-round pick on the night of the draft can be accomplished:

“Because $5.1 million was sent along with Josh McRoberts to Dallas in that cap-clearing trade last July, the Heat can agree to buy a second-round pick the night of the draft but not complete the trade until July 6, once the new calendar year begins.”

A lengthy and much more complicated process exists when it comes to the possibility of acquiring a first-round choice. That’s because of an NBA rule that indicates that a team cannot trade first-round picks in consecutive years.