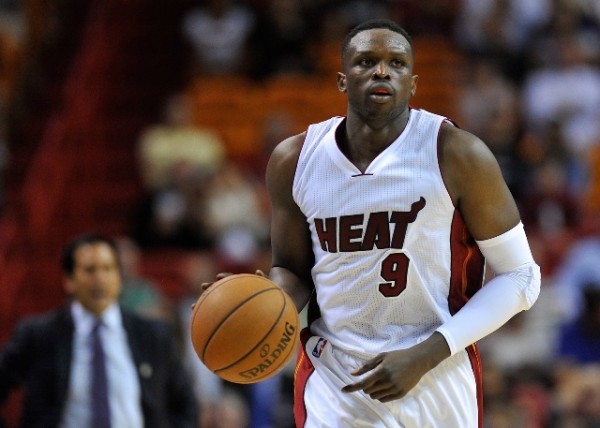 Continuing struggles with his injured left hamstring has once again made Miami Heat forward Luol Deng a scratch for Friday night’s road game against the New York Knicks at Madison Square Garden.

The news came via a report from Ira Winderman of The Sun Sentinel, who indicated that Deng also gave no timetable on exactly when he would return:

“Just going to go day by day,” Deng said. “I really can’t tell you if I’m going to play next game or not.”

At the team’s Friday shootaround, Deng spoke about the timeline for the decision:

“We decided this morning,” remarked Deng. “We’ve just got to keep taking it day by day, like I said before. It still doesn’t feel right.”

After the Knicks game, the Heat will return home for a Monday night clash against the Boston Celtics.

Prior to these two games, Deng had started in all 13 Heat contests this season. During his first season with the team last year, he missed 10 games during the team’s injury-plagued campaign that saw them put 31 different starting units on the court.
[xyz-ihs snippet=”Responsive-Ad”]