Report: LeBron James Spurned Joakim Noah’s Attempt to Recruit Him to the Chicago Bulls in 2010 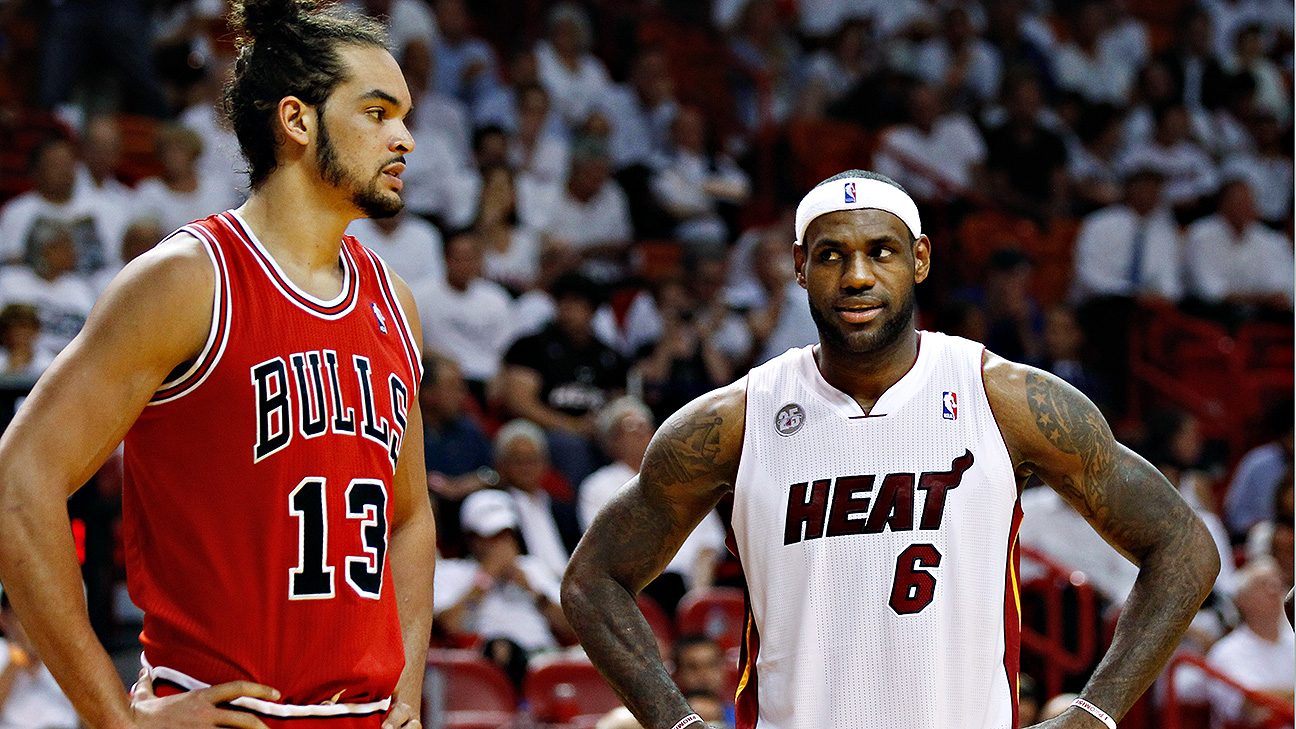 LeBron James and Joakim Noah have displayed a pugnacious relationship over the years.

However, according to Brian Windhorst of ESPN.com, Noah attempted to recruit James to the Chicago Bulls in 2010.

“Another of their young players, Joakim Noah, ended up as the primary player voice,” Windhorst wrote. “Although Noah has a magnetic personality and developed into a star recruiter in his days at the University of Florida, he was not the franchise player. He also had an acrimonious relationship with James. Underscoring that, Noah called James that week, and James never called him back.”

James, who was the prized free agent in 2010, rebuffed Noah’s gesture and ended up joining the Miami Heat.

In Miami, the four-time MVP captured two championships in four NBA Finals trips. He enjoyed a very successful tenure with the Heat.

The opposing players have met in the playoffs several times. However, James has won every postseason series against Noah to date.