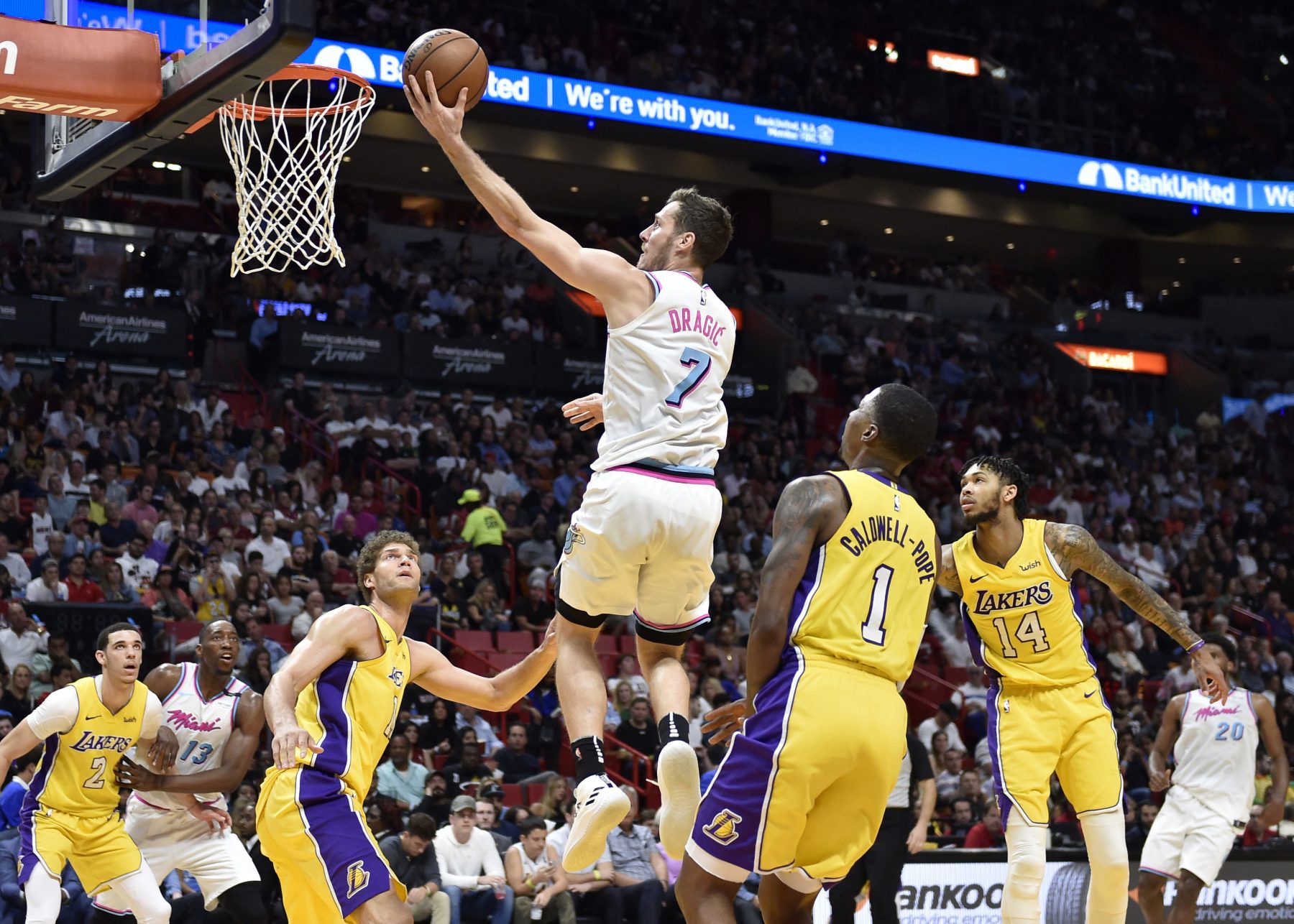 When Miami Heat point guard Goran Dragic opted into the final year of his contract earlier this month, he became a trade option.

One new report indicates that the Los Angeles Lakers could be potential trading partners for the Heat if the Lakers’ free-agent efforts come up short.

The reason that Dragic could be traded despite opting in is that he’ll be making $19.2 million for the 2019-20 season. The Heat have been actively searching for ways to reduce their payroll in order to free up money to potentially acquire new players.

Earlier this month, the Lakers traded with the New Orleans Pelicans for Anthony Davis, which depleted their backcourt in the process. Indiana Pacers guard Darren Collison had been one option to fill a guard spot until he abruptly retired on Friday.

The Lakers’ top two targets in free agency remain their former point guard D’Angelo Russell, who now plays for the Brooklyn Nets, and Toronto Raptors forward Kawhi Leonard. However, other teams have made clear their intentions to sign those players, which means that the Lakers have no guarantee that they’ll acquire either one.

Dragic missed two months of the 2018-19 campaign after undergoing knee surgery, which limited him to just 33 games. In those contests, he averaged 13.7 points, 4.9 assists and 3.1 rebounds.

Having turned 33 last month, Dragic’s career could be winding down. That prospect isn’t a deal-breaker for the Lakers, who see a window of opportunity in trying for another NBA title. Last year’s addition of former Heat forward LeBron James and the infusion this year of Davis, coupled with the diminished prospects of the Golden State Warriors, give the Lakers a strong desire to acquire seasoned veterans to win now.