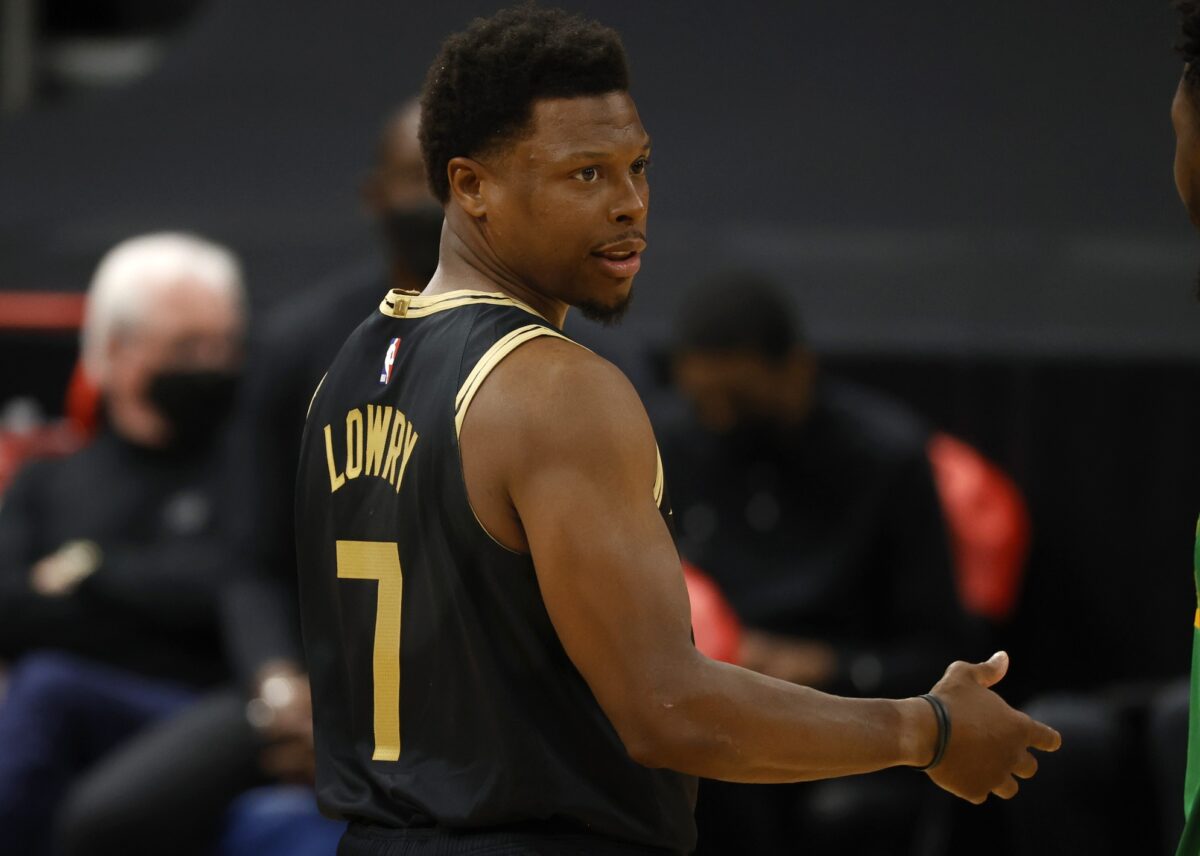 Toronto Raptors point guard Kyle Lowry wasn’t traded at the NBA’s trade deadline, but he reportedly would have preferred a deal to the Miami Heat over the Los Angeles Lakers.

Both the Heat and Lakers pursued Lowry, but neither team was able to offer a package that enticed Toronto enough to trade him.

Instead, Miami acquired guard Victor Oladipo from the Houston Rockets to help it make a playoff push.

“If it doesn’t work out with Oladipo, the Heat could pivot back to Lowry,” The Ringer’s Kevin O’Connor wrote. “League sources said if Lowry had been traded, his preference was the Heat because of his close friendship with Jimmy Butler. The Heat can realistically create about $26 million in space while retaining the restricted free-agent rights to Robinson and Kendrick Nunn, if the salary cap is $112 million as currently projected. That number falls short of all max contracts for next season—which range from $28 million for players coming off rookie deals to $39 million for players with 10-plus years of experience—but it could be more than enough to entice Lowry.”

Lowry will be an unrestricted free agent at the end of the 2020-21 season, and the Heat could pursue him to improve their backcourt.

Goran Dragic has missed several games this season due to injury, and it is possible that Miami declines his team option for next season to free up space to sign Lowry.

The Heat are currently fighting for their playoff lives, but they did snap their six-game losing streak with a win over the New York Knicks on Monday.