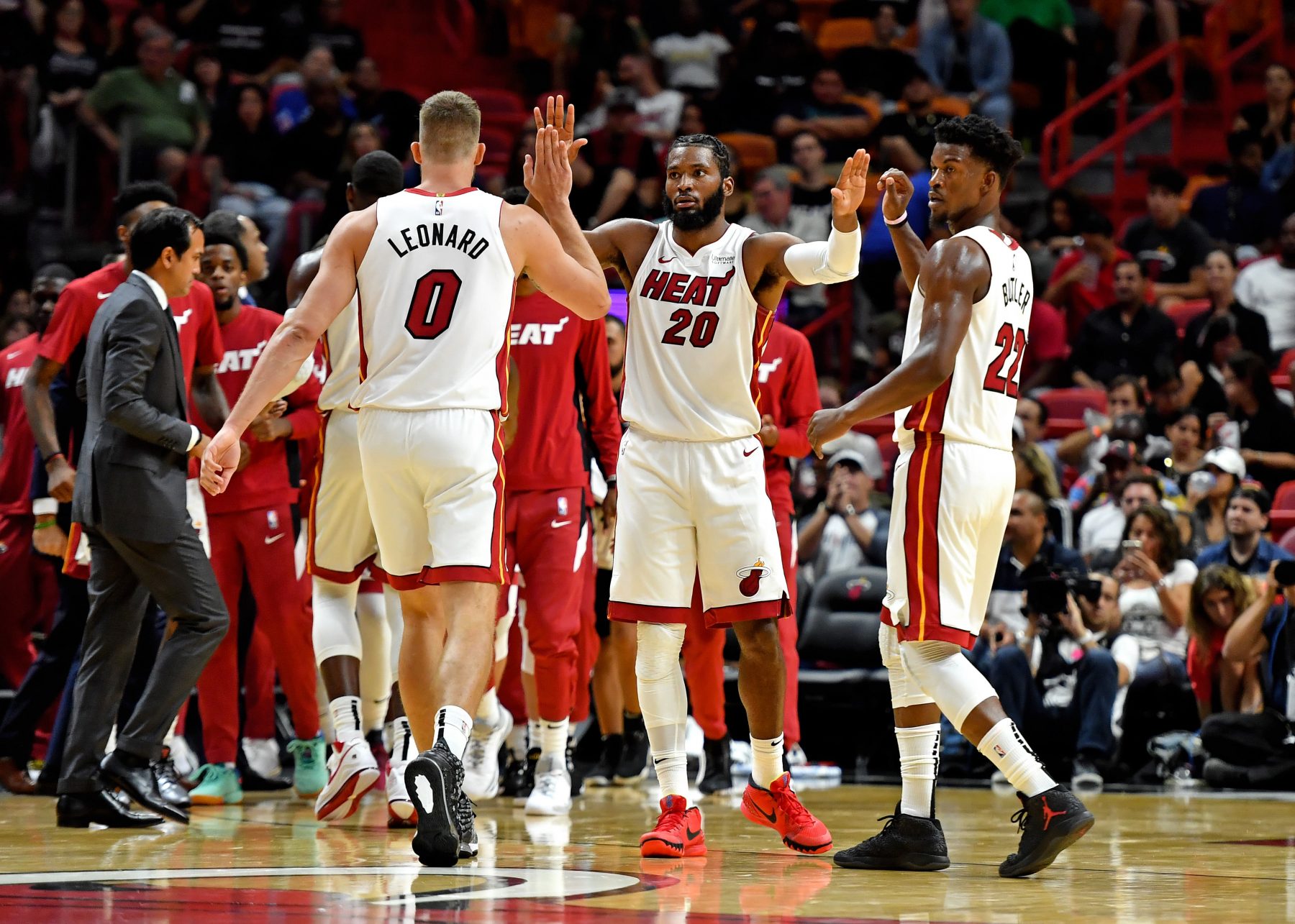 The Miami Heat have been on fire to start the season as they are first in the Eastern Conference with a 5-1 record.

The team will look to continue its three game win streak tonight against the Denver Nuggets with Justise Winslow and Derrick Jones Jr. expected to return to the rotation.

Winslow and Jones are expected to be available tonight. Jones a bit more questionable.

Winslow missed the past two games due to a back injury, but the Heat managed to defeat the Atlanta Hawks and Houston Rockets without their starting point guard.

In four games this season, Winslow has averaged 14.8 points, 8.5 rebounds and 5.8 assists per game. In his last appearance he only mustered two points and three assists on 1-of-7 shooting in 30 minutes of action.

Jones has only played in two games this season: wins over the Memphis Grizzlies and Milwaukee Bucks. In those two games, he averaged 9.0 points per game on 77.8 percent shooting. He also connected on all three 3-pointers he attempted.

During the absence of these two, the Heat were led by rookie sensation Kendrick Nunn, who is currently averaging 19.5 points for Miami. Jimmy Butler also made his debut recently and is averaging 14.7 points per game.

Miami will now have more depth for its contest with Denver. The Nuggets are 4-2 this season and are led by All-Star center Nikola Jokic. Jokic is averaging 15.8 points and 10.5 rebounds per game while Jamal Murray is Denver’s leading scorer at 18.5 points per game.

The interconference clash is tonight at 8 p.m. EST at Pepsi Center in Denver.