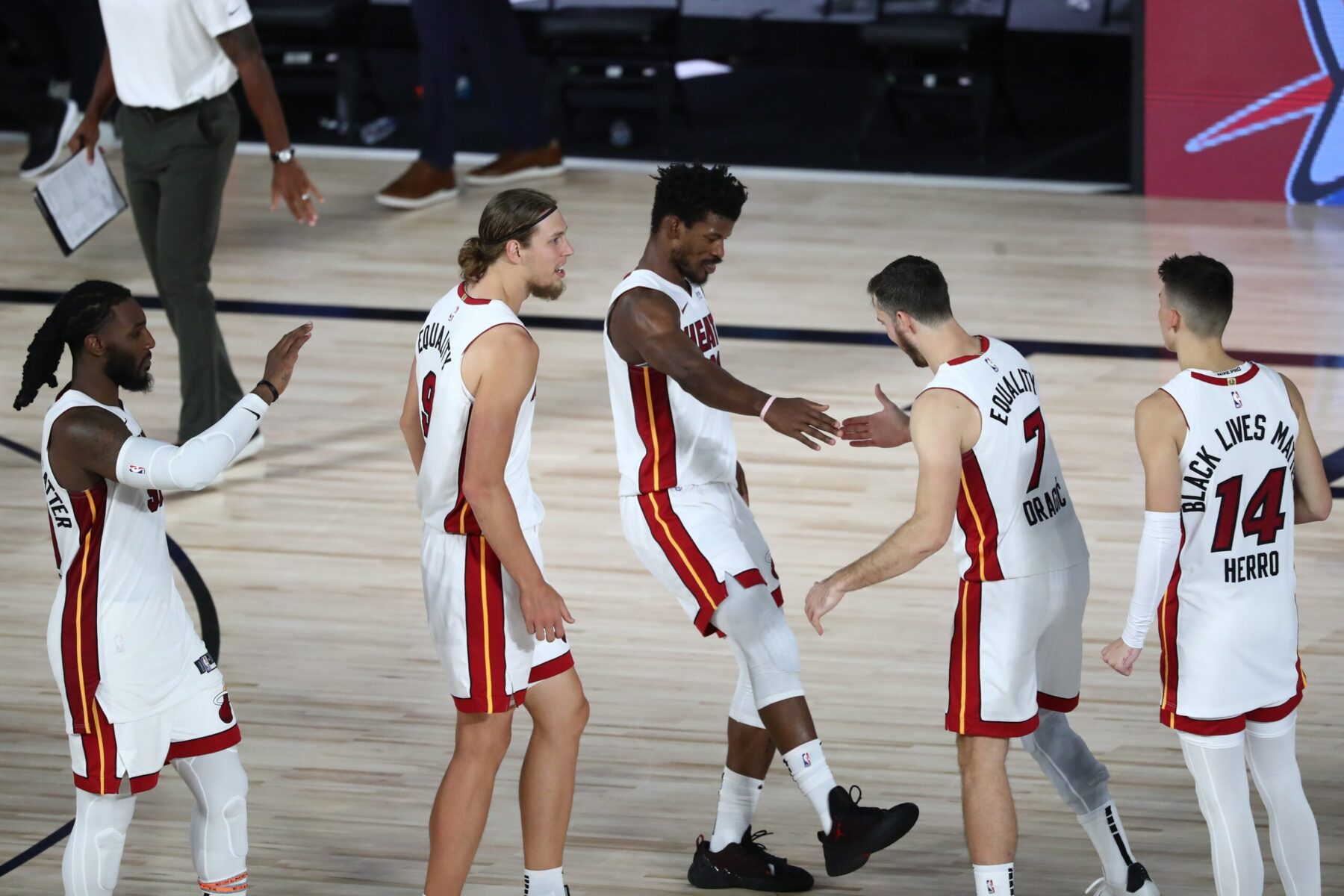 Monday was his 31st birthday, and instead of making it about him, Butler made it about his teammates.

Jimmy Butler bought his teammates a gourmet dinner for his own birthday Monday.
His chef prepared it.
Jimmy dislikes his birthday so he had his @MiamiHEAT teammates come in,get the delicious food,take it to their rooms and eat. “I love y’all..let’s get this ring”.#HEATTwitter

In recent years, the Heat struggled through mediocrity after LeBron James left to rejoin the Cleveland Cavaliers, Chris Bosh retired due to blood clots and Dwyane Wade declined due to age.

Thanks to Butler’s arrival, the Heat have emerged once again as title contenders.

The former Marquette University star is perfect for the Heat culture that was originally fostered by team president Pat Riley.

Butler’s confrontational leadership style was feared and criticized in the past, but in Miami it has not just been accepted, it’s been embraced.

His penchant for dominating in crunch time has put the Heat two wins away from a trip to the NBA Finals.

It was Butler’s heroics that carried them past the Milwaukee Bucks and has now helped them take a 2-0 series lead over the Boston Celtics in the Eastern Conference Finals.

Featuredjimmy butlermiami heatNews Ticker
← Previous Story Report: Celtics Imploding in Locker Room as Players Cuss Each Other Out and Throw Things
Next Story → Report: Celtics Had to Separate Marcus Smart and Jaylen Brown Before ‘Physical Altercation’ Could Occur