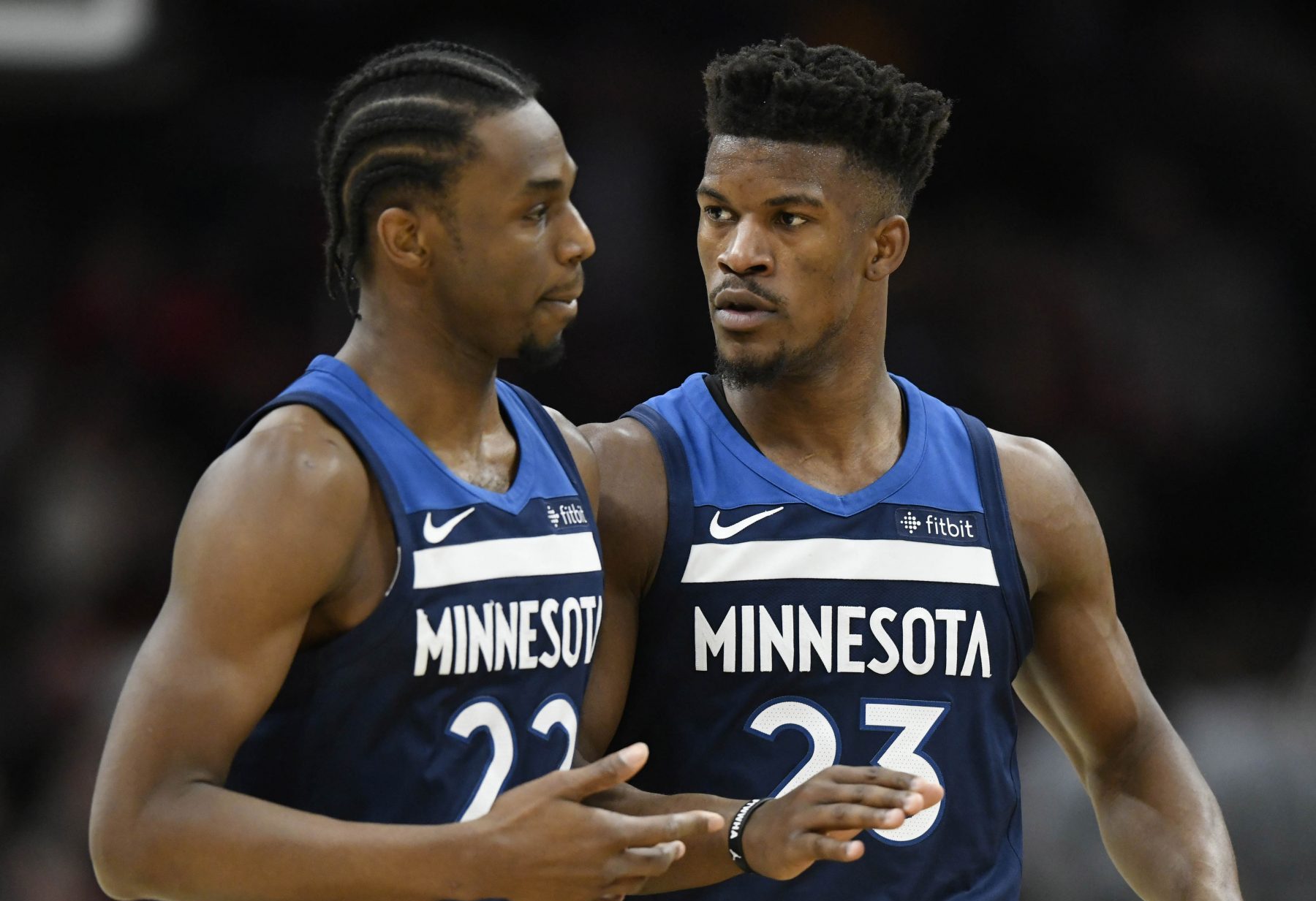 At this time last year, Miami Heat star Jimmy Butler was feuding with former teammates and coaches on the Minnesota Timberwolves.

While the 30-year-old is in a different chapter in his career now, the reasoning for his unhappiness with his previous squad is slowly unraveling.

According to Bobby Marks of ESPN.com, the disgruntled veteran was upset with the lofty extension youngster Andrew Wiggins received.

“Wiggins has failed to live up to expectations, and the extension was at the root of Jimmy Butler’s unhappiness in Minnesota, league sources confirmed,” wrote Marks.

In his first year with the franchise, Butler led the Wolves to the playoffs during the 2017-18 NBA season. While Butler was accompanied by rising stars Wiggins and Karl Anthony Towns, it was clear the Marquette University product was the ringleader in ending the organization’s lengthy postseason drought.

Yet, much of the Wolves’ cap space and attention was stored in their young stars. The Wolves awarded Wiggins with a five-year contract extension worth nearly $150 million in 2017. However, the No. 1 pick in the 2014 NBA Draft saw his production significantly fall the ensuing season.

The little urgency, work ethic and competitiveness Wiggins exhibited are all areas in which Butler has made a name for himself. It’s understandable why the veteran was upset and wanted to get out of Minnesota.