Report: Jimmy Butler ‘Ghosted’ Houston Rockets So He Could Sign With Miami Heat 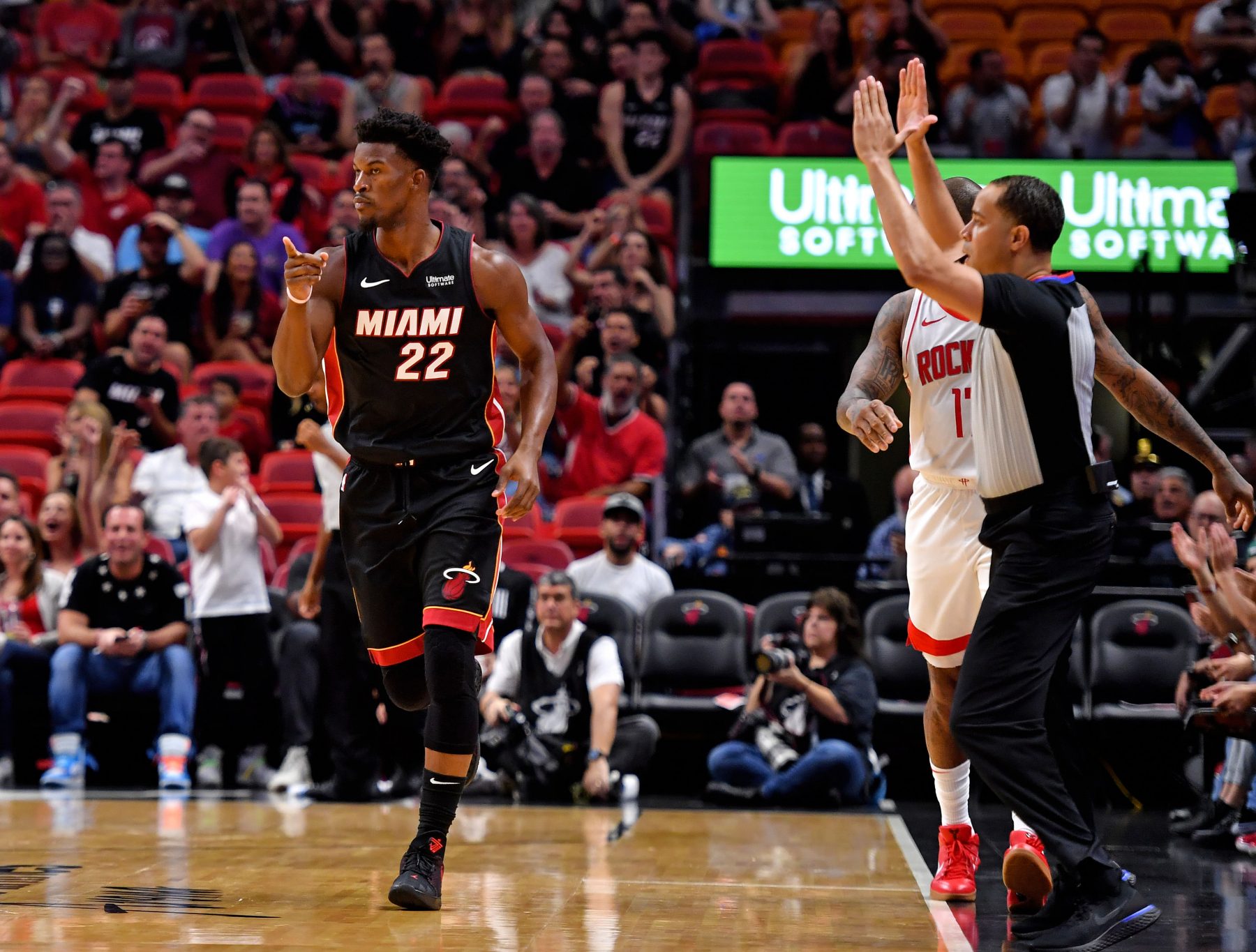 This past offseason, Jimmy Butler was a free agent who had no shortage of interested suitors.

Before deciding to join the Miami Heat via a sign-and-trade deal, Butler was pursued by a few other teams. One of those teams was the Houston Rockets.

However, it appears that once ending up in Miami became a realistic option for Butler, he left the Rockets by the wayside.

“Look, the Houston Rockets wanted to pay Jimmy Butler the four-year max and he ghosted them,” said MacMahon. “They thought they had them and he left them hanging.”

McMahon then broke the hefty price that the Rockets were willing to part ways with to acquire Butler.

Even though the Rockets missed out on the Butler sweepstakes, things eventually turned out well for the organization. Houston was able to land former MVP Russell Westbrook in a trade with the Oklahoma City Thunder. They currently lay claim to the No. 5 seed in the Western Conference.

Meanwhile, on the East Coast, Butler is thriving with the Heat. They currently sit at the No. 3 seed in the Eastern Conference.