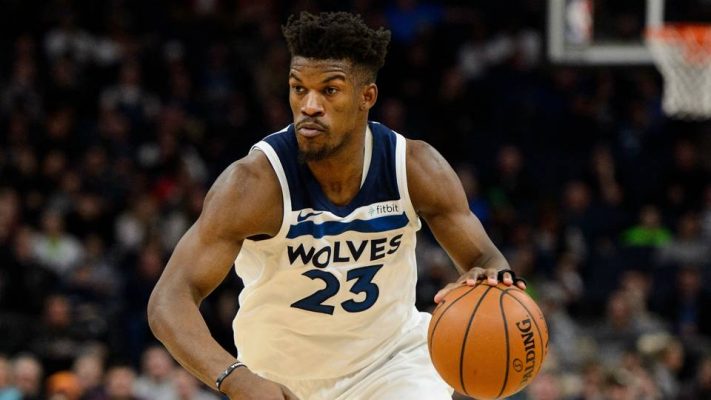 It appears that disgruntled veteran Jimmy Butler will be beginning the regular season with the Minnesota Timberwolves.

That’s because one NBA insider indicated that Butler’s explosive tirade during Wednesday’s practice was followed one day later by a commitment to compete with his current teammates.

Timberwolves All-Star Jimmy Butler called a players-only meeting today, airing his feelings toward situation and management, per league sources. Butler expressed to players he would compete with them, as signs pointing to him staying with the franchise into the regular season.

Butler has been the subject of countless trade talk for the past few weeks, with the Miami Heat one of the teams most eager to acquire him.

However, a breakdown in talks last weekend kept him with the Timberwolves, while a demand from Butler that he be traded by this Friday appears to be something that’s not being taken seriously by Minnesota management.

The Heat need to acquire Butler by trade, since his likely free agent status next July won’t currently allow the team to sign him. That’s because they don’t have the salary-cap space to sign a steep multi-year deal, though presently, it appears that the only other contenders for Butler are the Houston Rockets.

Right now, the Timberwolves can wait until the February trade deadline to deal Butler. However, because of the controversy surrounding his reported relationship with other members of the Timberwolves, the team would most likely want to deal him soon in order to avoid the prospect of dissension tearing apart the roster.

The NBA season gets underway next week, with the Heat scheduled to open up on the road with an Oct. 17 road clash at Orlando.
[xyz-ihs snippet=”HN-300×250-TextnImage”]