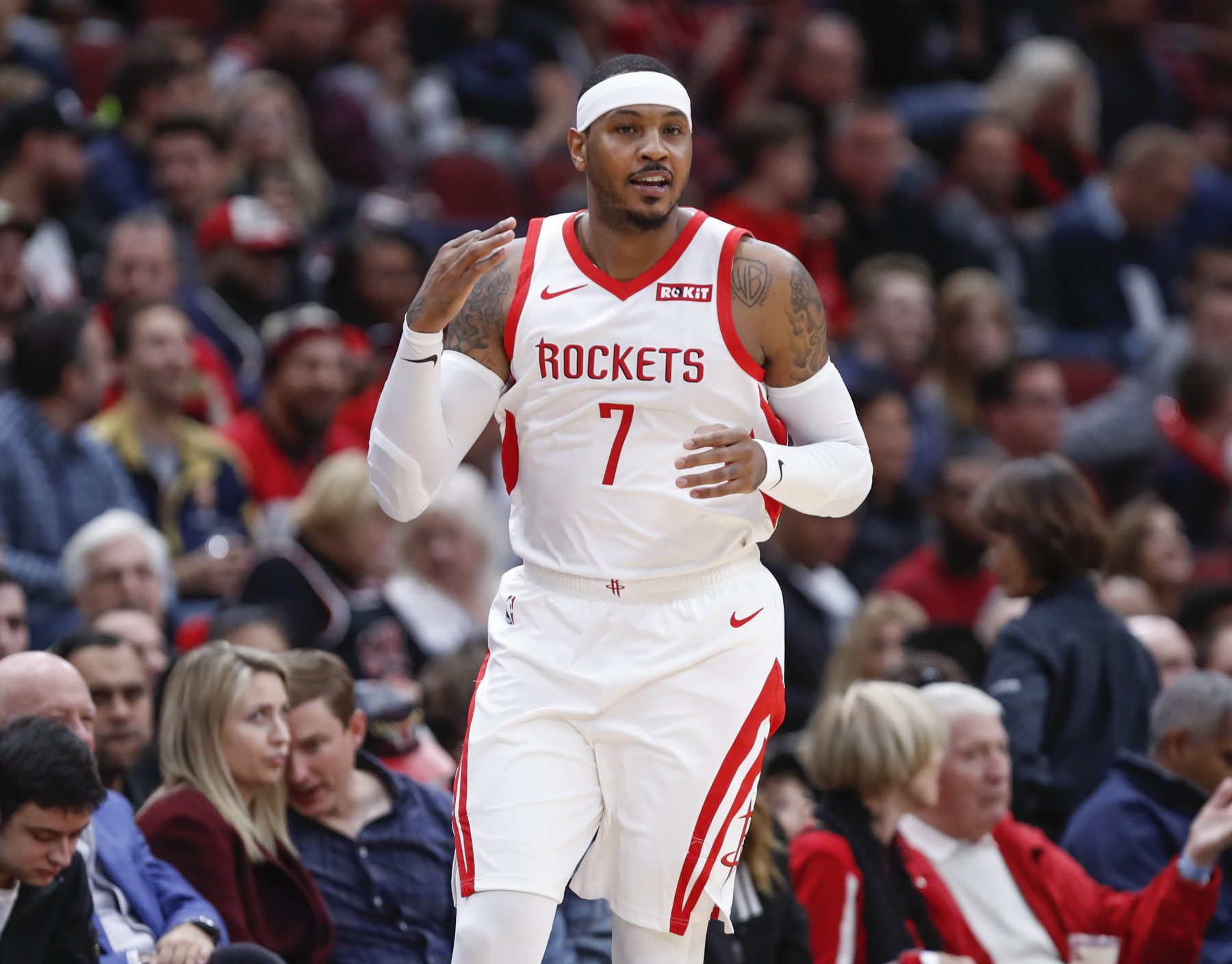 Dwyane Wade and Carmelo Anthony could have been teammates last season if the latter had signed with the Miami Heat.

Instead, Anthony reached a veteran minimum deal with the Houston Rockets. He then played 10 forgettable games for the franchise during the regular season before he was shut down for good.

According to ESPN’s Baxter Holmes, a Rockets source believes Anthony would have fit better in Miami than in Houston.

“I feel awful that it ended the way it did,” the source said. “He would have been better off either going to Miami or just not playing. But those 10 games … basically ruined him.”

The former scoring champ averaged a career-low 13.4 points and 5.4 rebounds per game during the 2018-19 season.

Regardless of how his Rockets stint played out, Anthony was hoping he would still find employment elsewhere, especially since he was a career 20-point scorer. But no team gave him the chance to show he still had something left in the tank, not even the Heat.

Wade and Anthony are close friends, but the two did not get the opportunity to play on the same team the way the former Heat star and LeBron James were able to.

With the Heat going through a transition period last season as Wade was about to retire, seeing him get a chance to play with another one of his close buddies would have been quite special.