Report: Heat’s Destruction of Rockets May Lead to Mike D’Antoni Getting Fired 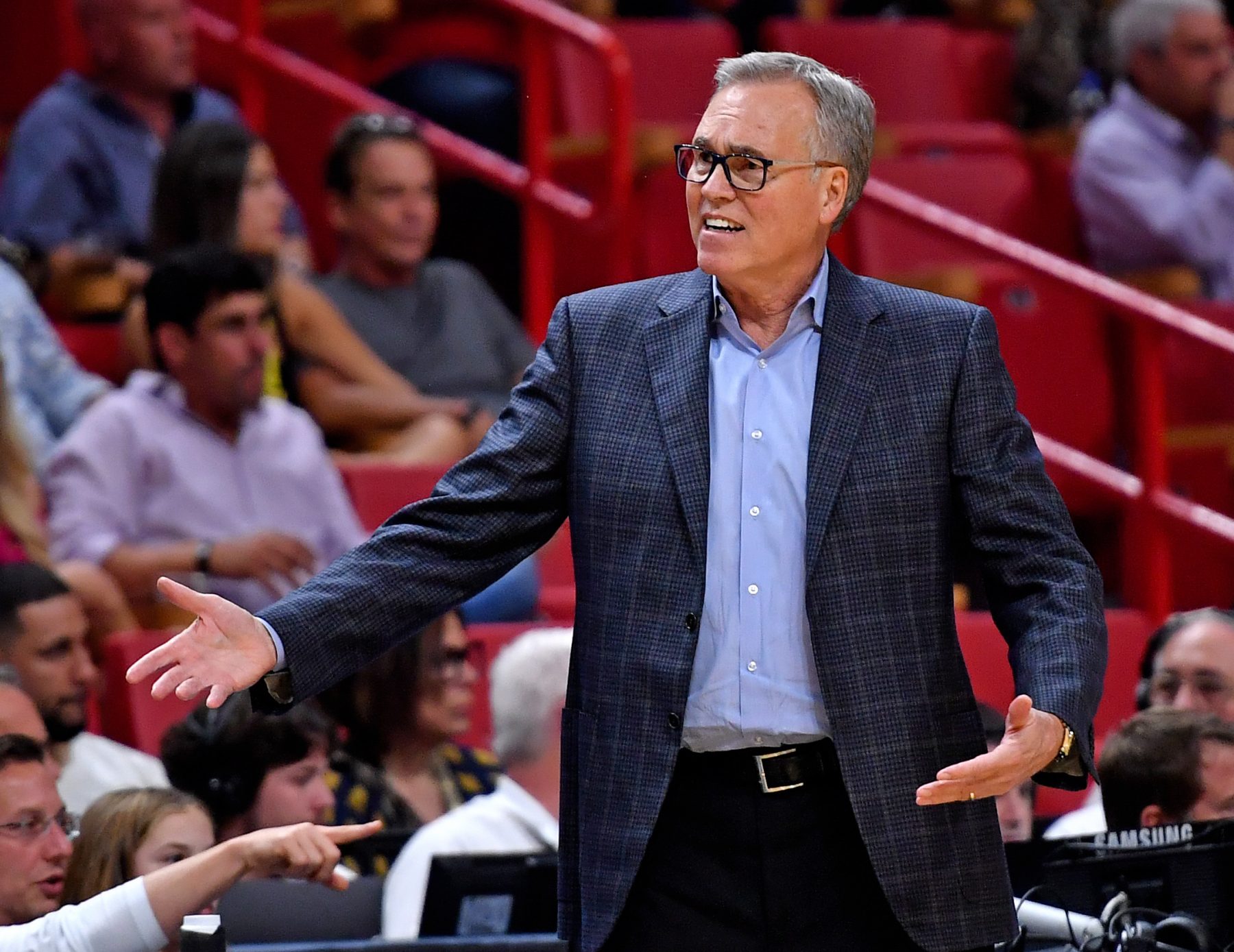 While Miami Heat fans thoroughly enjoyed their team’s 129-100 blowout win over the Houston Rockets on Sunday, there seems to be some consternation on the other side.

According to Sean Deveney of Heavy.com, the Rockets’ terrible night may seal the fate of their head coach, Mike D’Antoni.

“A disastrous loss to Miami on Sunday night has brought D’Antoni’s status back to the fore,” wrote Deveney. “Several head and assistant coaches around the league had already tabbed D’Antoni as the most likely to be the first fired in the NBA this season, but an effort like the one put forth against the Heat was unexpected.”

With that loss, the Rockets are now 3-3, which places them in ninth place in the ultracompetitive Western Conference. If the team continues to struggle, changes may be in order.

At least that’s what one coach seemed to imply according to Deveney.

“This could be it for Mike or not long after,” one coach texted. “Maybe the last straw. This is gonna stick with the FO (front office) for a while.”

The loss to the Heat was even worse than the final score indicated. The Rockets trailed by a ridiculous score of 46-14 at the end of the first quarter, and their deficit ballooned to as much as 41.

Defense has always been a point of contention for D’Antoni. A decade ago, his Phoenix Suns teams were perennial title contenders and would eventually revolutionize the way NBA basketball was played, but were lacking at the defensive end.

Indeed, those Suns never reached the NBA Finals, just as D’Antoni’s Rockets have yet to reach the championship series during the James Harden era.