Don't Miss
Home / Rumors / Report: Heat ‘Would Like Nothing More’ Than To Offload Mario Chalmers’ Contract

Report: Heat ‘Would Like Nothing More’ Than To Offload Mario Chalmers’ Contract 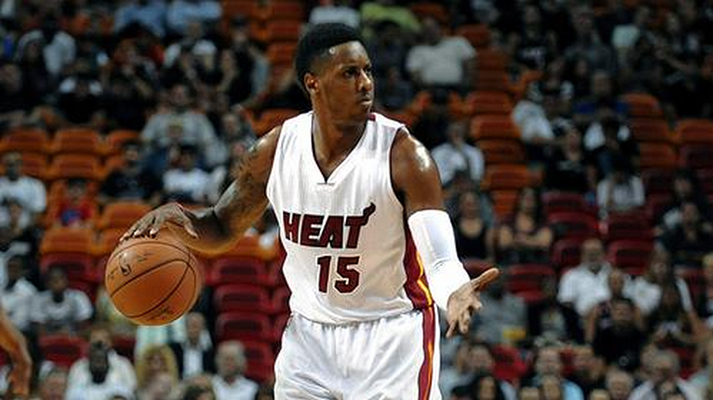 A long-time veteran of the Miami Heat may not be around by the time the 2015-16 season commences.

Ira Winderman of The Sun Sentinel reports that the Heat want to rid themselves of Mario Chalmers’ contract. Chalmers is due $4.3 million in the final year of his deal next season. Miami is roughly $6.2 million above the league’s tax threshold and is looking to trim its payroll to minimize luxury tax penalties.

Winderman states the following in regards to Chalmers in his article:

“Based on everything I’ve heard from NBA people, the Heat would like nothing more than to offload Chalmers’ luxury-tax hit, let alone get something in return.

“Chalmers’ expiring contract figures to have value to any team needing a one-year stopgap option at point guard.

“In the end, if the Heat truly want to move Chalmers, they’ll find a way. But there also is no rush, with the luxury-tax bill not computed until season’s end.”

Considering the Heat will enter the season with Goran Dragic entrenched as the starting point guard along with Tyler Johnson as the primary backup, it leaves little reason for the franchise to keep around the seven-year veteran.

While ‘Rio has been a starter on two championship squads for the franchise, he has had a very up-and-down career during his seven years in Miami. For example, he started out the 2014-15 season strong as a backup shooting guard, but cooled down over the last few months of the season. While he did average a career-high 10.2 points per game, he also shot a career-low 29.4 percent from beyond the arc.

The Heat have already unloaded the contracts of Zoran Dragic and Shabazz Napier in trades for very little in return. It is clear the franchise is trying to trim payroll as much as possible, even if that means unloading veterans for little more than a draft pick.
[xyz-ihs snippet=”Responsive-Ad”]