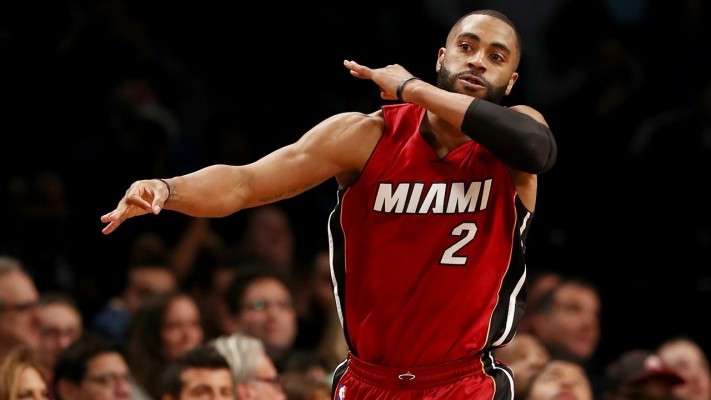 According to sources from The Vertical, the Miami Heat are looking to trade both Wayne Ellington and Josh McRoberts in a package deal.

Ellington is earning around $6 million this season and can be wiped off of Miami’s books before free agency rolls around. That’s because the shooting guard’s $6.3 million contract for next season is non-guaranteed and can be cleared off the team’s balance sheet if he’s waived before the league’s negotiating moratorium ends this summer.

McRoberts on the other hand has had an injury-plagued career since his arrival in South Beach and it doesn’t seem like the Heat have plans to keep him around as they look to build towards the future. The power forward has played in just 81 games in two-and-a-half seasons with the Heat.

The NBA trade deadline is Thursday, Feb. 23 at 3 pm E.T., so we’ll see soon enough if Heat president Pat Riley decides to pull the trigger on some type of deal.
[xyz-ihs snippet=”Responsive-ImagenText”]