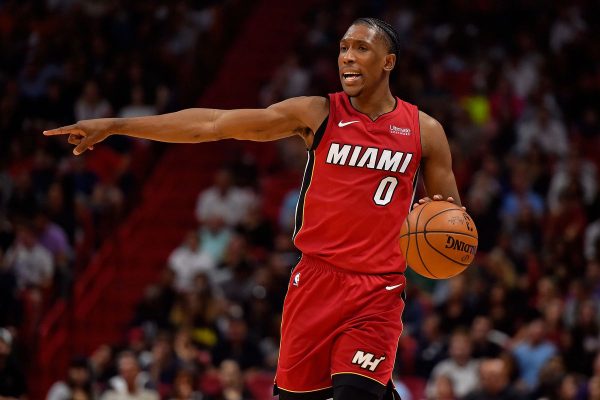 The Miami Heat didn’t make any big moves in the summer. One of the reasons the team was unable to do a anything was because they lacked draft picks.

As a result of not having a pick in the 2018 NBA Draft, the Heat couldn’t bolster trade offers or draft new players. However, according to Barry Jackson of the Miami Herald, the Heat were actually offered a first-round pick by at least one team for small forward Josh Richardson:

“The Heat earlier this summer was offered a first-round pick by at least one team in a proposed trade for Josh Richardson, according to a team source.”

Richardson, 24, is coming of a career year with the Heat. Last season, the stellar two-way player averaged 12.9 points, 3.5 rebounds and 2.9 assists on 45 percent shooting from the field.

While Richardson doesn’t get much national coverage, the third-year pro is on a terrific contract and an integral part of the Heat’s future. That’s probably one of the main reasons the Heat rejected offers, as Jackson mentions:

“But the Heat rejected that offer and has no interest in trading Richardson, who this season begins a four-year, $42 million extension.”

The fact that teams have expressed interest in trading for the former 2015 draft pick speaks volumes for the potential Richardson has. The 6-foot-6 forward has improved his production every year of his career, and is expected to break out even more this upcoming season.