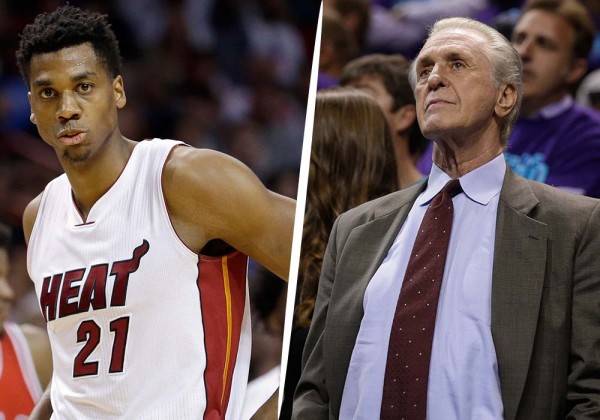 A late night development was delivered by Adrian Wojnarowski that should bring excitement to all Miami Heat fans.

Woj tweeted about the meeting that took place in New York early this morning with Heat management and Hassan Whiteside.

Before the meeting, it seemed that the Dallas Mavericks were well on their way to making Whiteside the first big free-agent splash of the offseason. A report from Shams Charania of The Vertical, announcing that an agreement was not reached after their meeting ended, only made Heat fans more resigned to the fact that Hassan was on his way out.

Whiteside followed his meeting with Pat Riley by going to hear out what the Mavericks had to offer. Consequently, the Heat seemed to have pulled even with Dallas in this race to win over Hassan.

Mark Cuban isn’t going to be able to scoop Whiteside right out of Miami just yet. He’s going to have to face off with Riley, who clearly just stole the momentum back in the Heat’s favor.
[xyz-ihs snippet=”Responsive-ImagenText”]