Report: Hassan Whiteside Has Been ‘Putting in Serious Work’ This Offseason 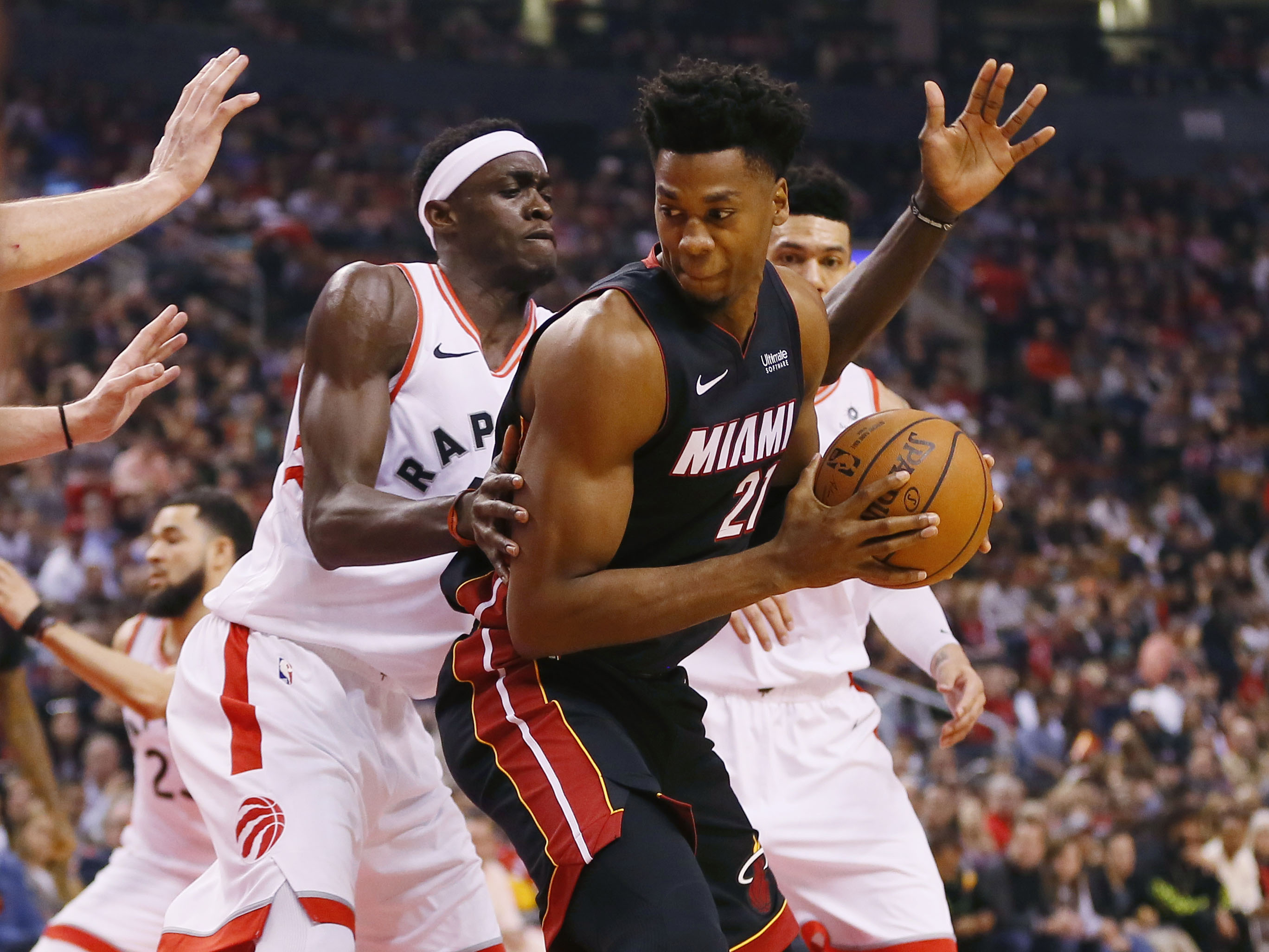 The 2018-19 season is a crucial one for veteran Miami Heat center Hassan Whiteside, primarily because he has just one year remaining on the four-year contract he signed in 2016.

One new report indicates that Whiteside has reportedly been putting in plenty of work to prepare for next season.

Shandel Richardson of The Athletic answered questions from fans on a variety of Heat-related topics, responding to a query about Whiteside’s status in this manner:

“From the people I’ve spoken to, Whiteside has been putting in serious work in the offseason and has no plans of opting out the final year of his contract. But with that amount of money on the table, can you blame him?”

That amount of money is considerable, with Whiteside set to earn just over $27 million for the 2019-20 campaign. While the big man does have the right to opt out of that final year, few expect him to take that route.

The reason is that Whiteside’s statistical numbers have largely dropped in each of the past two years, averaging 12.3 points, 11.3 rebounds and 1.9 blocks per game this past season. That averages out to a double-double every game, but Heat head coach Erik Spoelstra chose not to start him during the final month of the regular season.

Besides Whiteside’s play on the court, he’s also had self-made controversies in the past, often dealing with complaints about playing time. Spoelstra has been unswayed by such griping and pointed to the veteran’s inconsistent play.

Efforts to deal Whiteside have failed, largely because of that inconsistency and his contract. The fact that he turns 30 on Thursday also makes other teams leery of acquiring him. While he’d like to sign a similar huge contract next season, that’s highly unlikely unless he makes a comeback, with his hard offseason work part of that process.