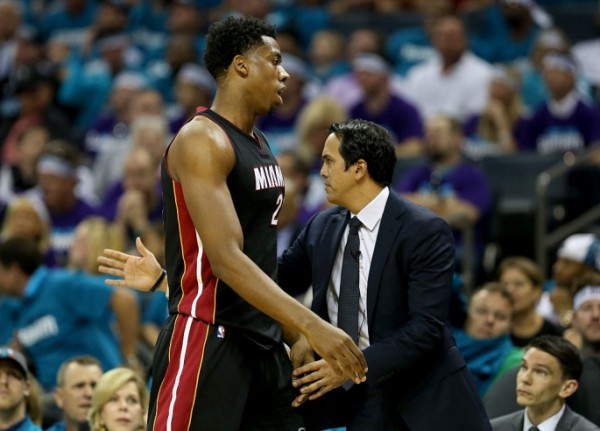 Whiteside left his meeting with the Miami Heat early Friday morning without having reached an agreement according to Shams Charania of The Vertical.

Miami left its meeting with center Hassan Whiteside without an agreement, sources tell The Vertical. Dallas next up in New York.

The two sides have had noted differences because Miami is hesitant to offer Whiteside a full max deal. However, some recent developments also might have Whiteside uncertain about signing with the Heat.

Barry Jackson of the Miami Herald and Adrian Wojnarowski of The Vertical reported that the Heat were exploring adding “protections” in its contract just in case “he went off the rails.” Naturally, this isn’t something Whiteside would be too thrilled about.

The 7-footer is holding meetings with possible suitors at an undisclosed location in New York, and after leaving his Miami meeting he is expected to go meet with Mark Cuban and the Dallas Mavericks.
[xyz-ihs snippet=”Responsive-ImagenText”]