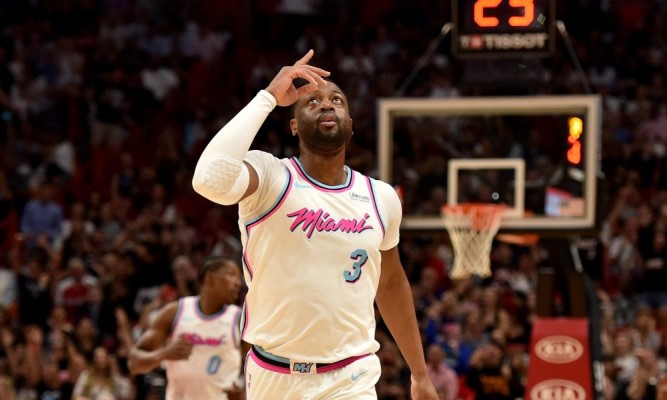 A new but hardly conclusive report claims Miami Heat legend Dwyane Wade is edging toward a return for the 2018-19 season.

According to Barry Jackson of the Miami Herald, Wade seems “inclined” to play this season:

“One person who has spoken to Dwyane Wade – as well as a Heat person – have the impression that Wade seems inclined to play this season, but neither believes it’s definite and nobody outside his inner circle definitively knows his intentions.”

Houston Rockets beat reporter Adam Spolane reported Aug. 14 that Wade would sign a one-year deal with the Heat. That has not happened yet.

The 36-year-old Wade on Aug. 11 said that if he were to play basketball this season, it would be only with the Heat.

“Heat only. If I play the game of basketball this year, it’ll be in a Miami uniform,” the 15-year veteran and 12-time NBA All-Star declared. “If I don’t, I’ll be living in Miami and somewhere else probably.”