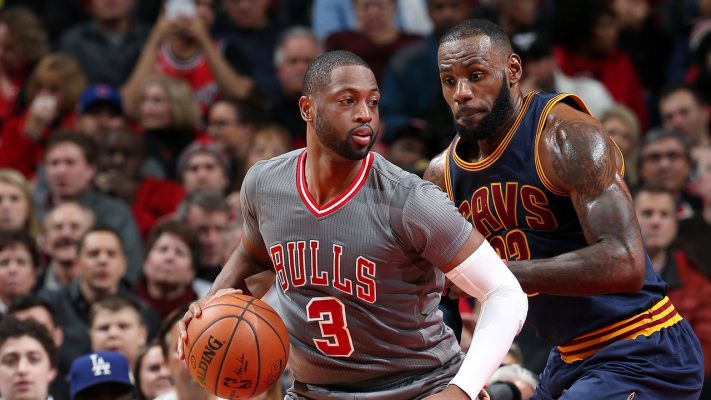 The prospect of Dwyane Wade finding his way back home to the Miami Heat is something that now appears to be in danger of not taking place, at least for the 2017-18 NBA season. That’s because Wade appears to be strongly leaning toward signing with the Cleveland Cavaliers, where he’d be rejoining his former Heat teammate, LeBron James.

News of Wade being bought out of his Chicago Bulls contract broke on Sunday night, with Wade indicating that his decision to play elsewhere would come quickly. Less than 48 hours later, Cleveland.com’s Joe Vardon indicated that the Cavaliers are his likely destination:

“Dwyane Wade is leaning heavily toward the Cavaliers as his new team once he clears waivers and may have already decided on a reunion with LeBron James, league sources with knowledge of Wade’s thinking told cleveland.com.”

While the Heat, San Antonio Spurs and Oklahoma City Thunder are also considered to be in the mix, Vardon also noted that Cleveland is probably his only consideration:

“A prominent league source outside of James’ circle with knowledge of Wade’s thinking told cleveland.com that Wade ‘has no intention of going anywhere else.’ Sources close to James have long believed he would come to Cleveland in the event of a buyout.”

Wade and James’ close friendship preceded the latter’s arrival in Miami in 2010. Over the next four years, the two helped lead the Heat to four consecutive appearances in the NBA Finals, including titles in 2012 and 2013.

James enthusiastically endorsed the prospect of Wade joining the Cavaliers during a press conference on Monday:

“I’ve talked to D-Wade throughout the whole summer and I will probably reach out to him as well, but it’s not up to me. It’s up to D-Wade if he can clear waivers, it’s up to our front office. But I hope we can bring him here. I would love to have him here.”

Wade’s interest in joining Cleveland is also based on the fact that the Cavs remain one of the favorites to reach the NBA Finals, with the team having reached that level in each of the last three years. In 2016, the Cavaliers won the franchise’s first-ever title.
[xyz-ihs snippet=”Responsive-ImagenText”]