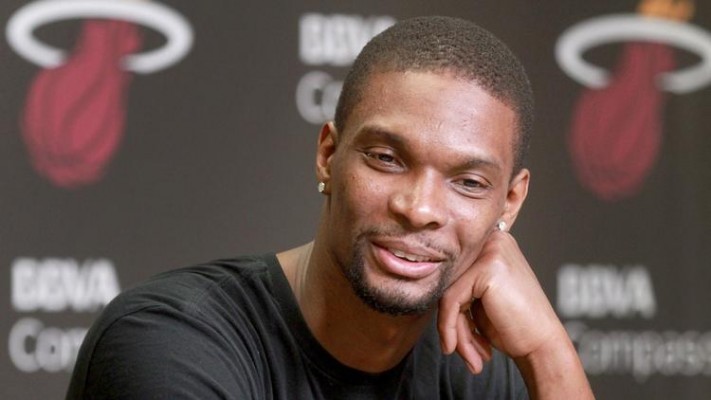 According to Barry Jackson of the Miami Herald, Miami Heat power forward Chris Bosh has verbally agreed to part ways with the Heat in the coming weeks, with Miami receiving maximum salary-cap relief.

An NBA-employed source said in early May and reiterated on Tuesday that an agreement has been struck among the NBA, the Heat, the union, and Bosh.

“The source said in early May that Bosh had reached a unique agreement that would purge him from the Heat’s cap before the start of free agency but also give him the opportunity to play again, if he chose, without salary-cap consequences for the Heat.

“Contacted May 5, the league office and the players union denied that such an agreement was in place.

“But the source who’s associated with an NBA team reiterated on that day, and again on Tuesday, that Bosh has told people a verbal agreement is in place and he’s happy with the outcome. The agreement has reached the highest level of the league’s office, according to the source.”

A change in the new labor agreement would not only clear Bosh’s $25.3 million off next year’s salary cap for the Heat, but would permanently remove his $52.1 million in remaining salary even if he resumes his career on another team.

This cap relief will leave the Heat with just over $36 million in cap space this summer.

The power forward has been fully cooperative throughout the process, and according to several sources, the split will be amicable. Bosh has had multiple conversations with Heat owner Micky Arison in the past several months and any hostility with the team has dissipated.
[xyz-ihs snippet=”Responsive-ImagenText”]